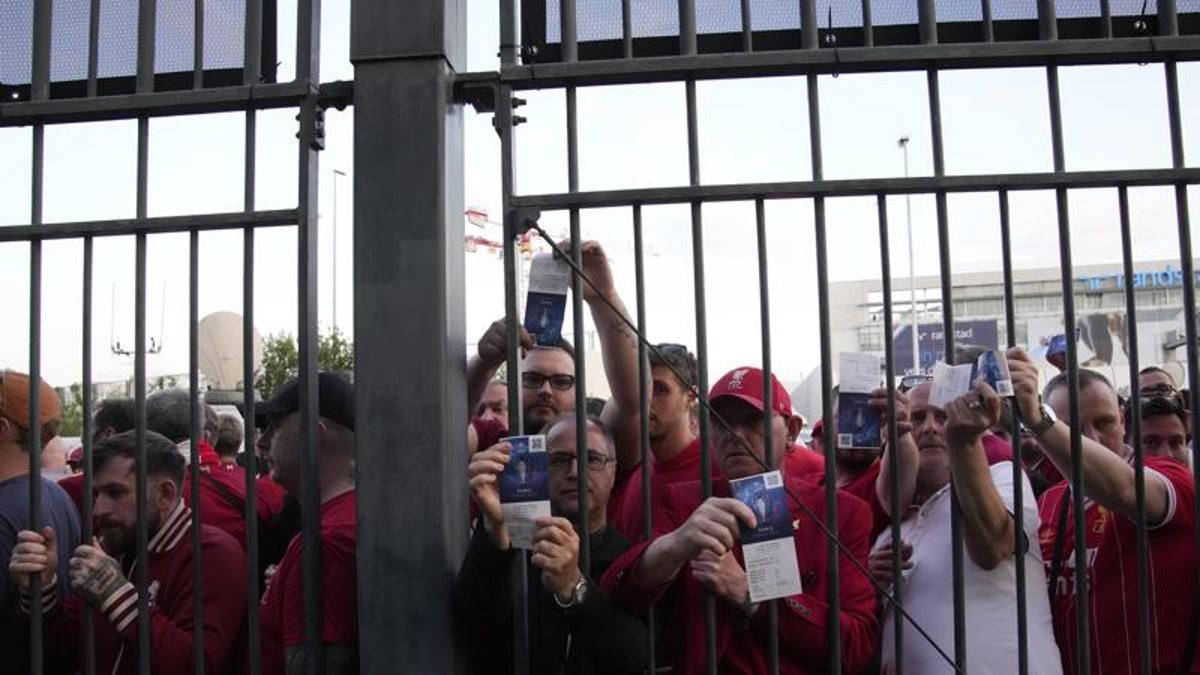 Many Liverpool fans with fake tickets: the gates were not opened to prevent the influx. About two dozen Reds fans climbed into the Stade de France while most of them, despite having a regular voucher, were kept outside by the police. The NBA star tweeted: “Don’t start until you land!”

Worse than he couldn’t (not) start. The Champions League final, scheduled for 21, was launched at 21.36 due to what was happening outside the Stade de France, where many Liverpool fans, many of whom regularly carry tickets, failed to get in. The problem, as explained at the end of the match by a UEFA note, stemmed from numerous fake tickets among Liverpool fans: the entry gates were not opened, blocking the flow of entry.

Therefore, it was decided to postpone the departure to prevent an escalation of the situation at the gates.

Police used tear gas and stinging gas to disperse groups of fans who were trying to enter. Previously, before the intervention of the police, about twenty fans managed to climb the gates. The problem is that, as can be seen from the videos posted on social media, the police did nothing to protect those in possession of the precious coupon and waved it in front of the entrances in the hope that the stewards would allow them access. the plant.

Which already creates many problems for spectators, with long queues and entrances after twisty paths that can easily lead to a mistake, then forcing fans to go a long way to get to the right gate.

The Stade de France can seat up to 80,000 spectators. The number of Reds fans who have arrived in Paris is estimated to be between 30 and 40,000. On the other hand, 6,800 police were deployed to ensure the safety of the event. The cup that did not really start in the best way with the draw for the round of 16 and which was repeated due to a major error in the distribution of potential opponents. So in the final chapter, for the first time since the Heysel tragedy, kick-off has been postponed. Fortunately, without serious consequences.

NBA star LeBron James, who owns a small stake in the Reds, gave a touch of lightness to the situation. The Lakers winger tweeted: “Liverpool fans, don’t start the game until I go down!” Apparently his flight to Paris from the US was delayed…

The English club officially asked the European Football Association to open an investigation to shed light on what happened. Official club note: “We are very disappointed by the breach of security perimeter and access problems that Liverpool fans faced tonight at the Stade de France. This is the biggest match in European football and the fans are not. You must witness the scenes we witnessed tonight.. We have officially requested An official investigation into the causes of these unacceptable problems.”

READ  Omicron, where does the alternative come from? The three hypotheses of scientists about the origin - Corriere.it