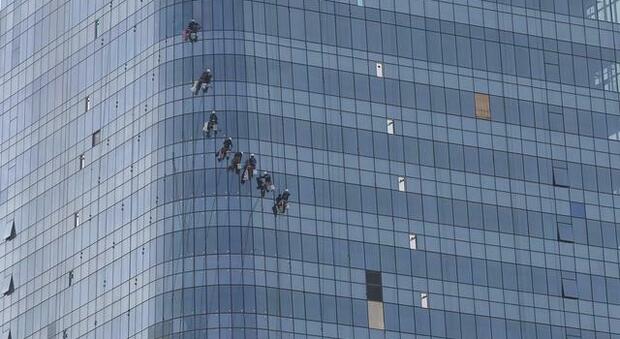 He hadn’t seen the notice of business, and so perhaps out of frustration he thought of taking a “clean break” to that unexpected nuisance in front of his apartment window. A woman living in a skyscraper in Thailand cut the safety rope that was carrying two painters and left them hanging On the 26th floor until a couple rescued them. The gesture at the moment remains without an official explanation, but it has charged the woman with attempted murder and property destruction, police in Pak Kret, north of the Thai capital, told The Associated Press.

Minutes of real panic experienced by painters while working on the outer wall of skyscrapers. According to CBS reports, one of the painters, who is a Myanmar national, told Thai media that he and his two friends had lowered themselves to the 32nd floor to repair a crack in the building. When he reached the thirtieth floor, he felt that the rope was heavier. Looking down, he saw someone ten floors down open a window and cut his rope. Attempts to seek help from other teams were futile. From the top floor, the third fellow continued to support them until they were rescued.