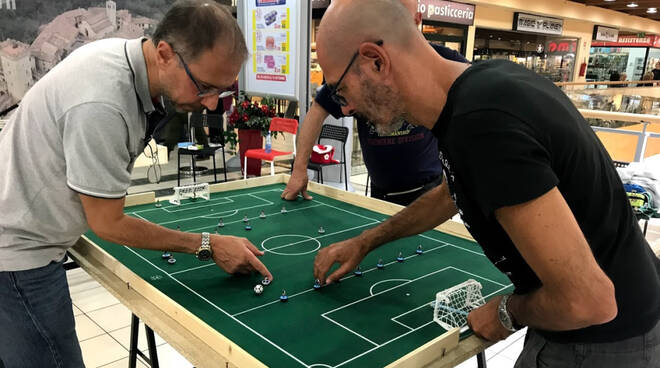 On Saturday January 28th, starting at 10 o’clock, the Piacenza Fair will host the 4th Regional Championship of the Subtraditional Championship. Organized by Piacenza Calcio Subbuteo and Subbuteo Club Stradivari of Cremona, in collaboration with the Italian Table Tennis Federation Subbuteo and with the national Subbuteo sector of CONI, the tournament is open to all Piacenza people who want to test their skills in the game of fingerprints: it will be possible to register at the tournament headquarters by the hour 9.30 on 28 January, or by writing to [email protected] In the last days.

The event will be held in conjunction with the Open Challenge Table Tennis Championship, called Coppa INFONET Piacenza, which this year reaches its second edition. It is the tournament that awards points to the national ranking and will see players of the highest level collide, looking for a position capable of making them advance in the Italian ranking: important athletes such as Henry Giannarelli Viareggio (nineteenth in the ranking), Mauro save yourself From Rieti (xxii) e Philip Musso From Turin (xxvii). In the U-16 and U-12 tournaments, the leaders of both the Italian rankings are expected, i.e. Angelo Pesio from Milan and Samuel Benardi from Genoa. He is the owner of the Infonet Piacenza Cup Philip Cubeta From Casal Monferrato, who won the last edition by defeating the defending champions, with three goals to two. Xavier Barry From Reggio Emilia.

Piacentino County Championship – The 4th edition of the Regional Championship of the Traditional Subbuteo Championship (played with hemispherical rules) that will take place on Saturday in the exhibition will see between the competitors the best sub-favorites in the provincial standings, ie in the order of classification: Gustavo Roccella, Massimo Brigati, Andrea Gobbi, Stefano Torre, Massimo Farina and Christian Gennari, who are part of Piacenza Calcio Sopoto club, as well as all the others who will sign up. The cup is in possession Massimo Brigatithe well-known lawyer of the court of Piacenza, who, according to tradition, will hand over the cup to the new champion.