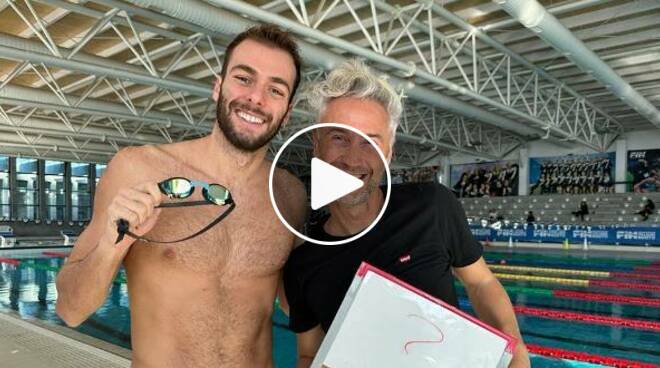 Ostia – what makes us one International swimming star and professor of theatrical physics The star of social networks Al Federal Center and Swimming Center in Ostia?

Physics is all around us. Maybe that is The leitmotif of the meeting is also the beginning of Mondadori’s bestseller Physics We Love written by physicist and musician Vincenzo Schettini. Launched from Monopoli, in the province of Bari, a Innovative methodology in working and teaching the scientific subject Which conquers the audience by engaging more than a million followers among young and old. And in all this mood comes a role Water, swimming and one of the main blue athletes Like an Olympian Gregorio Paltrinieri For over ten years, it has defied every law of physics to prove itself as the One of the greatest athletes From the history of this sport.

“I am excited about this meeting because getting close to champions like Paltrinieri who are in the legend of the sport doesn’t happen every day – Schettini saysShe is 45 years old, she studies physics at the Technological Institute “Luigi Dell’Erba” in Castellana Grotte and speaks through social media and through very intuitive practical examples, the main laws of physics from Archimedes to Newton – Physics surrounds us everywhere. Expressing it and using it instinctively as great athletes and champions do meets the dictates of science. Science says you need to swim better Follow certain criteria – He continues – Scientists work blindly and then refer data to give scientific truth to their theses.

“In this case, it is incredible how we found ourselves without knowing each other in every way with Gregorio. We also had fun and for me that was an invaluable affection. Going into the details that you will see in the reel on the Instagram, we can say that swimming It has to do with a medium like water. That’s about eight hundred times more dense than air, so you have to know it very well and use friction to your advantage. In the video we made with Greg, you’ll see how this plays a double role for the swimmer: It’s not just the body that goes forward because This is a negative force that opposes swimming, but even making use of the movement of the hand that pushes back gives push.In fact, I explain here how to benefit from swimming.The key is precisely the position of the hand that you’ll figure out how to hold to increase competitiveness.Swimmers have many variables in play that are related Closely related to the medium which is water.If a soccer player and basketball player have to deal with air by swimming, as Newton says, we have to play on “dynamics” and especially for his second principle which says that force equals mass multiplied by force Hurry up. Force is the sum of the thrust that pushes forward, pulls, and pushes back due to friction. In the constant struggle between these two components there is the great athlete, the one who manages to fight for victory for a penny in making the payment prevail. ” (federnuoto.it) (DBM photo – Federnuoto)

READ  Italian champion in the largest radio telescope in the world

ilfaroonline.it Available on GOOGLE NEWS. to keep up with our news, Click on this link And select the star in the upper right to follow the source.