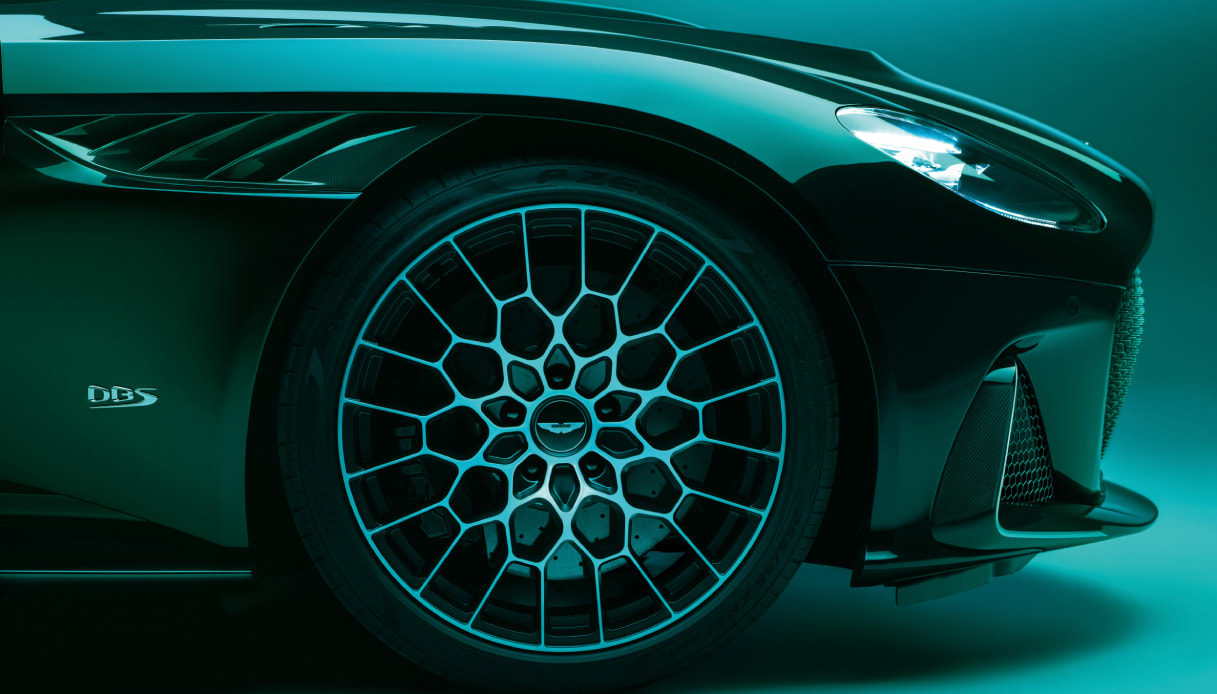 The DBS badge has been affixed to some of Aston Martin’s finest cars, associated with cars of stunning design and breathtaking performance. Since 2018, DBS has been at the forefront of the brand’s production series, with its V12 Twin-Turbo engine for ferocious performance and unparalleled style. With production of this current generation of DBS coming to an end, Aston Martin is proud to present the DBS that beats all others, the 770 Ultimate.

It is the most powerful production Aston Martin everDBS, the fastest and most powerful DBS yet, comprehensive design and engineering improvements ensure the DBS 770 Ultimate is an unforgettable and highly collectible celebration of Aston Martin’s flagship Super GT. Available in both Coupe and Volante versionsthe DBS 770 Ultimate will be made in very limited numbers – 300 Coupe and 199 Volante units – all of which are already sold out.

The new DBS 770 Ultimate mounts to the evolution-capable 5.2-liter V12 engine 770 hp at 6,500 rpm and a massive torque of 900 Nm, values ​​that propel the car to a top speed of more than 340 km / h. Precise power and torque tuning give the driver a sense of boundless performance, with superb response, explosive acceleration and an authentic V12 engine soundtrack.

Power is provided by a ZF 8-speed automatic transmission and a mechanical limited-slip differential (LSD) mounted at the rear of the vehicle. In addition, the DBS 770 Ultimate receives a unique transmission calibration to optimize shift speeds and driver interaction, contributing to a truly connected driving experience.

The newly positioned steering column allows the driver to enjoy a more precise contact with the road.

Since the DBS 770 Ultimate is mechanically improved, its appearance has also been changed so far Bold design and uncompromising aesthetics, Befitting of a limited edition model created to celebrate the end of an era.

The clamshell hood features a striking air intake and a new front diffuser that improves cooling and carries design signatures from previous models.

More design changes It includes carbon fiber elements, windshield frame, and mirror caps. The unique design of the rear diffuser maintains aerodynamic balance between front and rear and ensures that the DBS 770 Ultimate is unmistakable front and rear.

Inside, the DBS 770 Ultimate is a delight with An extraordinary range of new design treatments which sets it apart, whilst maintaining the instantly recognizable atmosphere of today’s DBS. The car featured Sports Plus seats upholstered in semi-aniline leather and Alcantara, with “fluted” stitching and a perforated pattern as standard. An Aston Martin Performance seat can also be chosen as an option.

there Produce DBS 770 Ultimate is expected to start in the first quarter of 2023, Ending the era of one of the most beloved models of all timewith ex deliveries To be held in the third quarter of this year.