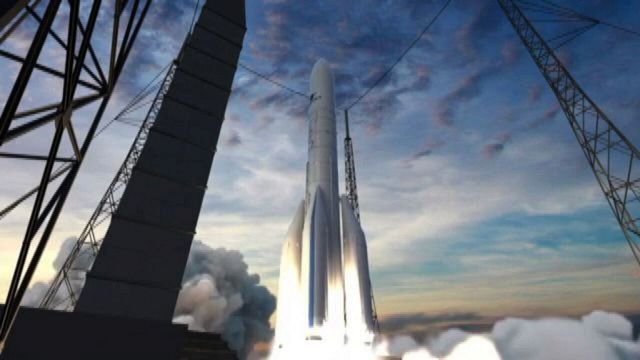 Askanews has entered the base placed under the responsibility of ESA, to see, for the first time, a new launcher, a program of the European Space Agency, which ArianeGroup is developing and producing together with its industrial partners (more than 600 companies from 13 European countries).

The arrival of the ship’s single Ariane 6 “cuts”, then assembly, “verticalization” of the rocket, assembly tests, and finally launch. Operation hosted in new hubs built since 2015.

The first stage is the arrival of the individual parts of the archer; They reached Kourou after two weeks of navigation. We’re in the Launch 4 complex, where the first controls are executed, and then the various components of the launcher are sorted into designated areas. Finally transport up to the launch pad for assembly.

Made predominantly of lightweight carbon fiber composites, the Ariane 6 increases – compared to the previous Ariane 5 – flexibility of use towards a wider range of missions, thanks to three characteristics: greater load capacity, an innovative second stage with re-startable engine (Vinci), a power unit Extras allow loads to be launched in different orbits and stadium orbit removal. It is precisely this feature that makes Ariane 6 the ideal launcher for putting constellations into orbit.

The process is completed at the Launch Control Center, the real “brain” of Ariane 6. Here is where the launch system is located; About 200 people work there and it is the nearest “bunker” to the launch pad, at a distance of about 3 km. Here, 25,000 pieces of information are produced and managed every millisecond. In the past five hours, the ramp has been cleared: no one can stay inside anymore. The flight countdown begins. The date of the first flight is in the fall of next year.

READ  Can it cause infection? Talk about science