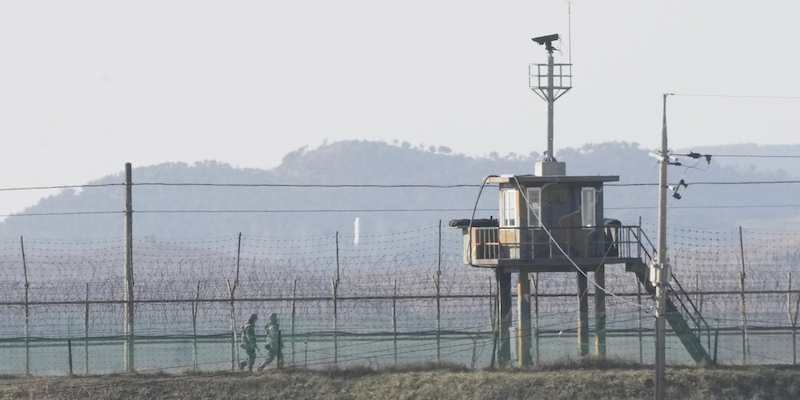 South Korean military authorities said one person Saturday evening passed Illegally, the border that separates the country’s territory from the “demilitarized zone” (DMZ), that is, the strip of land beyond which North Korea lies. It is estimated that more than 30,000 North Koreans have fled their country over the past 30 years to escape poverty and dictatorship and find better living conditions in South Korea, but it is very rare for someone to leave South Korea to go to South Korea. North Korea.

South Korean authorities said the unidentified person was seen around 10.40pm in an area close to the demilitarized zone in the eastern part of the country. They determined that the forces mobilized to locate her were unable to find her and that the North Korean authorities who had warned could not confirm whether they had found her.

It is currently not clear if it was a South Korean person trying to go to North Korea or if it was a North Korean person who wanted to go home after going to South Korea for some reason. It is not even known whether he is alive: very few people tried to move between the two countries through the demilitarized zone, a strip of about 250 kilometers long and less than 5 kilometers wide, guarded by soldiers on both fronts and in place. It is estimated that about 2 million mines have been found. as pointing to News agencyMost of the North Koreans who have fled to South Korea over the years have fled via China or other countries on the continent.

Although fighting in the Korean War actually ended in July 1953, the war between the two countries still officially continued. An armistice was reached between North and South Korea, backed by China and the United States respectively, that ended the fighting, but no peace treaty was signed.

– Read also: The South Korean president wants to make peace with North Korea at any cost