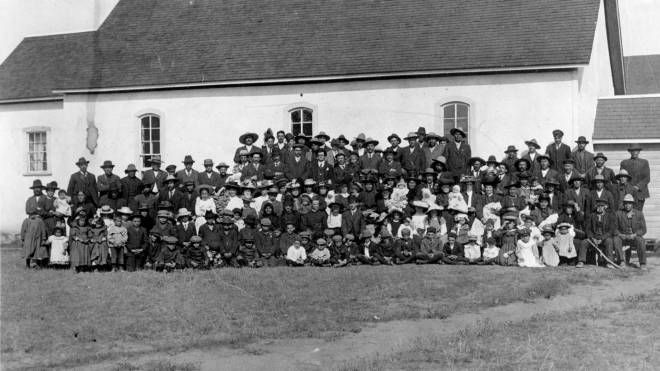 OTTAWA (Canada) – In Canada, two churches were discovered and set on fire in their native areas. 182 New Anonymous Cemeteries On the grounds of a school run by a former church for Native people. Police said they were investigating the possibility of a fire. They are in everything Eight churches were burned, Including the latter two in Alberta and Nova Scotia. Another 182 unnamed graves, where many of the aboriginal children between the ages of 7 and 15 have been torn from their families, were actually discovered near the Third Tribal Residential School in Canada, where hundreds of anonymous burials have been uncovered in recent weeks. LOr declared a local tribeAnd.

Experts used ground-breaking radar to detect what was believed to be the remains of students at the former St. Eugene Mission School near Cranbrook, British Columbia. The discovery was announced Lower Cootenay BandTribesmen from the area of ​​the same name found the remains of 215 children in anonymous graves at the former Kamloops Indian Residential School in British Columbia in May and 751 anonymous graves at another school in Marivel, Saskatchewan last week. .

The Lower Gudney band conducted research at the Cranbrook site The Catholic Church ran a school On behalf of the Central Government from 1912 to the early 1970s. They are believed to be the remains of aboriginal members of the Kutunaksa nation, including the Lower Gudone and other neighboring communities. Up to the 90s, approx 150,000 Native youthi, Inuit and Metis were forcibly transferred to these 139 residential schools, where students were physically and sexually abused by principals and teachers who robbed them of their culture and language. A commission of inquiry has determined that more than 4,000 people have died due to illness and neglect. Canada committed “cultural genocide”.

On Friday, Prime Minister Justin Trudeau apologized ‘Harmful government policyAims to integrate indigenous culture. Prime Minister Trudeau spoke of “terrible discoveries” that should reflect Canadians’ historical and current injustices experienced by indigenous peoples, but condemned the “destruction of places of worship” and called it “unacceptable.” “It must be stopped.” The Vatican has announced Pope Francisco He will receive a hearing on Dec. 17-20 Delegation of Canadian bishops and aboriginal leaders.