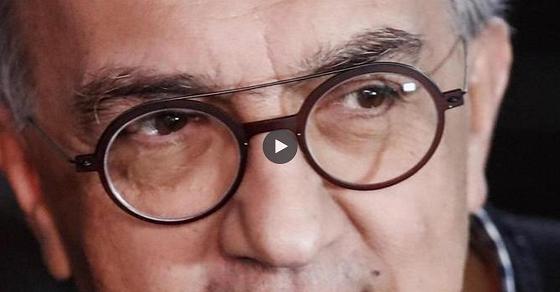 For the first time in a documentary, the life of the man who revolutionized Italy’s most important company. Primetime Signed by Rai Documentari, which was broadcast on December 17 on Rai3, tells the story of Sergio Marchionne, president of a broad vision company, who has reached the top of Italy’s largest car company on the verge of bankruptcy, in three years. Calculations and in the face of the great global recession adopt an unpredictable strategy of attack that defies the impossible. His business ventures and work style stirred emotions, divided the media, predicted politics and outraged many observers. But who was Marchionne actually? The documentary traces the main stages of the director’s life: childhood in Abruzzo and immigration to Canada; Young rebellion and beginnings as a leader. period from underdog, dedication, his main matches, played on a par with the world’s top managers; The veneration he received in the United States and the mistrust of his country of origin. Finally, the sad ending of the sudden disappearance. But above all it tells the private beliefs, interests and feelings of a man who made privacy a battle horse. Glasses and a dark jacket, Marchionne opted to forgo the top manager look in a suit and tie in favor of a casual and simple look. And in that jacket that always remained the same, he participated in all the meetings that marked his career, even in the most delicate negotiations. A tireless worker, for him there were no Saturdays and Sundays and he demanded the best from anyone who had anything to do with him. He was a leader and driver, even to the newer generations, to whom he devoted a lot of time by going to speak at universities. Shy of journalists, frank with unions, impudent at all the tables sat to engage in negotiations. Sergio Marchionne is a documentary with an international flair, chapter by chapter, re-complicating the director’s character..often praised for his intuition, but also highly criticized for the styles and sometimes dramatic impact of his choices. A diverse approach based on an extensive repertoire including Rai Teche, Istituto Luce-Cinecittà, CSC – National Cinema Impresa Archive (Ivrea), Rimini Meeting, the most prestigious Italian universities, Ferrari, La7, RSI and above all the private archives of the Stylantis have been awarded exclusively. Then there are interviews with his closest aides, such as Maria Cristina Zilocchi, his personal assistant at the FCA, and with key policy advocates, Matteo Renzi, from the trade unions, Maurizio Landini and Marco Bentivogli, from the press, Mario Calabresi, Massimo Gramellini and Gianni Riotta, and Italian entrepreneurship. and non-Italian, such as John Elkann, Oscar Farinetti, Luigi Gubitosi, and Steven Rattner, head of the Obama administration’s auto industry task force.
Written by Giovanni Filipetto, directed by Francesco Mecci, and co-produced by Mario Rossini for RED Film with Rai Documentari and Los Cinecita with the support of the Turin Piemonte Film Commission – Piemonte Doc Film Fund, Sergio Marchionne will be broadcast at 21:25 on Rai3 and will be available Also on Rai Play.

READ  Thousands of Euros in One Currency: Here's the 100 Lira That Equals a Fortune