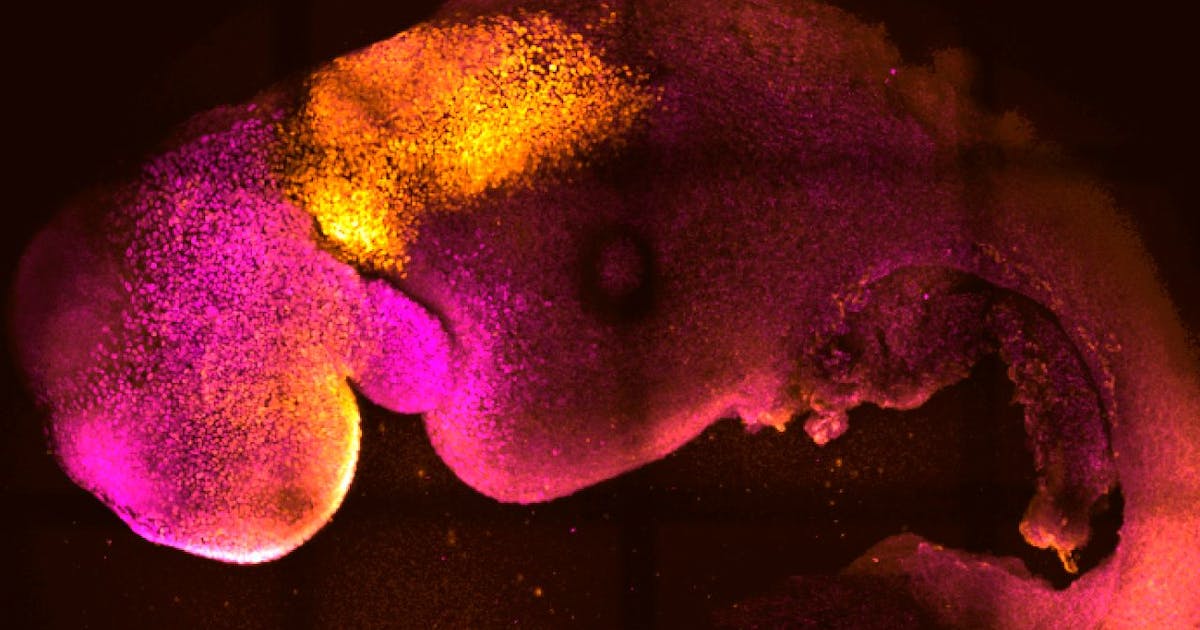 Getting the first artificial mouse embryo that has reached the record development of 8.5 days, with a brain and a beating heart: it’s a living laboratory to understand some failed pregnancies and study diseases without testing on animals.

In 2017, the same research group obtained the first artificial embryo from embryonic stem cells. Until then it was a mouse embryo, but it was not able to go through all the stages of development.

In this new experiment, a mixture of embryonic stem cells, brown cells necessary to nourish the embryo (trophoblast) and extraembryonic cells (ETiX), all from mice, was used. The big difference, compared to 2017, is that the researchers were able to get the cells to talk to each other, so that they assemble automatically, without the need for external stimuli.

The fetus develops for eight and a half days, resulting in the formation of a complex and differentiated structure that includes certain regions of the brain, the neural tube that gives rise to the nervous system, a structure similar to the beating heart. Others are similar to the intestines.

A living lab in miniature

In this real, miniature living lab, the researchers also showed that they could reproduce the characteristics observed in so-called lab-knockout mice, that is, deprived of the gene in order to study physiological characteristics or the causes of diseases.

READ  Physics of stones that jump over water

Meanwhile, Caltech reports that the same research group is working on a human embryo model similar to a mouse just obtained and the goal is to be able to understand critical steps in embryonic development that are impossible to observe in real human embryos.

If the technique tested in mice works in the future as well with human stem cells, the researchers say, it would be possible to build organs for transplantation for patients on the waiting list in the lab.

“There are a lot of people in the world waiting years for a transplant,” Zernica Goetz says. “What makes our work so exciting is that the resulting knowledge can be used to grow artificial human organs to save lives in the future.” He concludes that transplants “will also help to understand how to make them better and treat them more effectively.”