The crisis between the Kremlin and the West is getting more complicated by the hour, while Belarus warns that Moscow’s forces will remain on its territory even after the end of joint exercises. And the The shooting continues in DonbassPro-Russian separatists accused Kiev’s forces of killing two civilians, the first since fighting resumed in the region.

Kremlin spokesman Dmitry Peskov warns that any such incident is likely to lead to “irreparable consequences”. Precisely for this reason, in the new phone conversation that took place between Russian President Vladimir Putin and French President Macron, the two agreed on the need to Work on de-escalation, starting directly with the ceasefire in eastern Ukraine. The Kremlin confirmed the Elysée announcement, after which Ukrainian President Volodymyr Zelensky, also speaking with Macron, said he supported the “immediate submission” of the armistice by urgently convening the troika meeting. ”, which includes Ukraine, Russia and the Organization for Security and Cooperation in Europe. In the evening, Macron and Putin had a new hour-long telephone conversation.

However, the warnings published by US intelligence through the media dampened hopes of a diplomatic solution. CNN says the Russians have already deployed 75% of their conventional forces to an attack site, while national security correspondent David Martin at CBS says Russian leaders have already received orders to invade Ukraine is developing the necessary plans. A statement that goes further than the statement made a few hours before by Vice President Kamala Harris, according to which, now, “Putin made his decision.” And to the disastrous prophecy of British Prime Minister Boris Johnson, for which Moscow is planning “the largest war in Europe since 1945.”

“There is no reason for Russia to attack anyone,” Peskov replied, calling on Western countries to “return to being reasonable.” But the statements of the Belarusian government, according to which Russia will leave its forces in the neighboring country even after the end of the ten-day joint exercises, certainly do not help ease the tension. Indeed, the Minister of Defense of Belarus, Viktor Khrinin, warns that Moscow and Minsk have decided to form “a suitable workforce, which is ready to fight if necessary.” The statements that the Elysee reported that Putin was going to deny in his meeting with Macron. Meanwhile, from Washington, Joe Biden Holds National Security Council Meetings The trip that was supposed to take him to Wilmington for the next few hours was canceled – for a family affair. 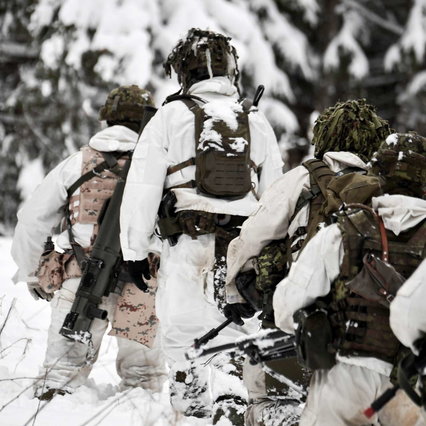