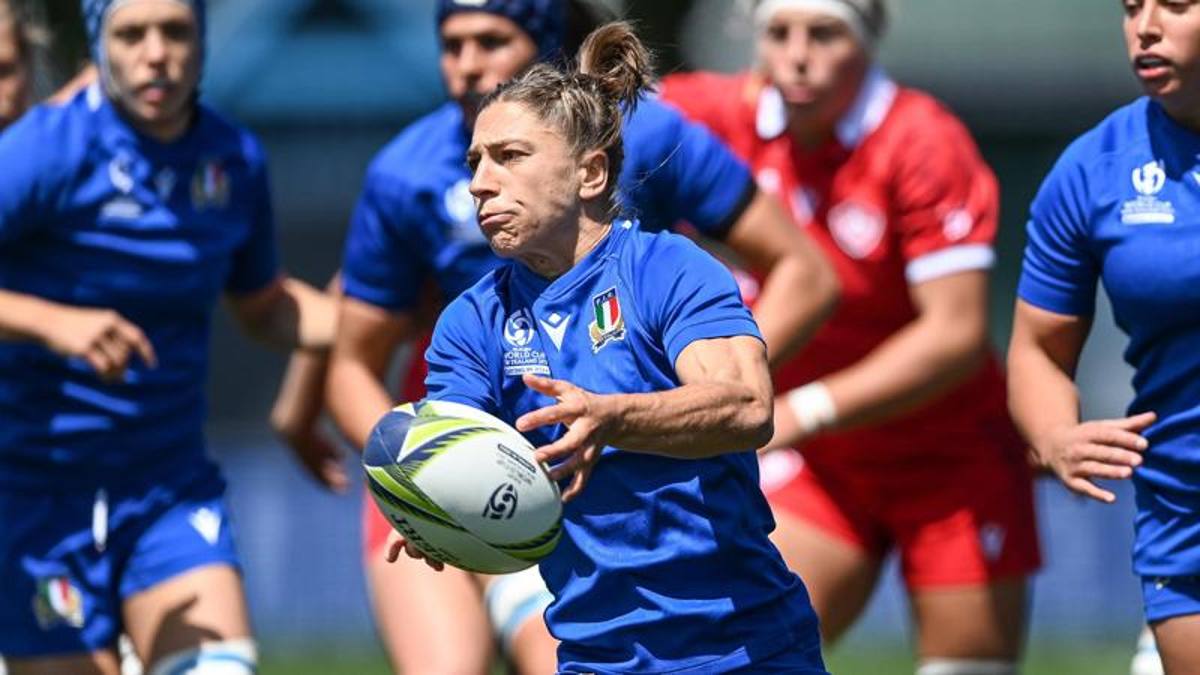 The Blues start well and then the opposition take off in the second half. A win in Japan is now needed to secure second place

Canada secured top spot in Group B with a 22-12 win over Italy. There was nothing the blue could do on the pitch at Waitakere Stadium in Auckland, New Zealand: an opponent physically superior and able to exploit their strengths to the fullest on day two of the Women’s Rugby World Cup. Andrea Di Giandomenico’s team tried to move the ball and find gaps in the middle of the field as usual, but for long it was not enough against Canada, which wore down the Italians from a physical point of view. In the second half after the first half fight. Everything was postponed to the last day, but Italy was still the master of its own destiny. The Blues need a win against Japan (last in the group with 0 points) to secure second place in the group and ensure a smooth quarter-final, even if France (who lose to England and are sure to finish second) comes close. And closer.

Italy open the match 30 seconds later. Vittoria Ostuni Minuzzi collects a loose ball in the middle of the field and quickly changes pace leaving Svoboda and Miller behind. The lane is now open and Maddy Grant also tries, but can do nothing against the pace of the blue intensity, which marks the second goal in two games. It’s 5-0 Italy, Sillari is unchanged. It’s a challenge between two starkly different playing philosophies: Canada relies on its physicality, spreads the game very little and constantly seeks possession and territory. Italy is constantly looking for spaces, and when it is done it moves the oval from one side of the field to the other.

The Blues held the field well and didn’t give up specific chances despite the Canadian pressure, but on 19′ the North Americans capitalized on a first mistake by the Italian defense to break the deadlock. The forwards work to stretch the blue shirts, then Paige Farris collects the ball at the height of the 22 and finds an opening to mark with Miller’s conversion going between the poles for 7-5. The Blues react immediately: Sillari’s fend clears the direct opponent, with Federigi’s support and scrum half tackled early, a path for Stephen who misses its target. The free kick is the easiest of all, but Blue goes for the big goal and communicates: the choice, however, doesn’t pay off as the action fades after a few phases. A 10-minute battle ensued, and another Canadian place came in the 37th minute. Italy is in trouble and forced to foul, it goes into contact and the Canadians go all the way on the next possession. Miller hit the crossbar at the conversion to make it 12-5.

In the second half, Canada accelerates and increases the intensity of the attacks, with one central rhythm after another they wore the blue defense and scored the third goal in the 50th minute after 10 minutes of attack. One meter after another, the Canadians erode the ground, and Sarah Kaljuvi’s marker comes almost naturally, creating a clear numerical superiority on the coast. Italy do their best but the opposition’s physical superiority becomes more and more evident and in the 55th minute they once again capitulate in the face of a disaster led by Dutossi, who hits his personal double to make it 22-5. Canada had Emma Taylor booked for a dangerous tackle on Rigoni 10 minutes into the 14th minute, but were in full control of the match. Two minutes from the end, a surge of blue pride allowed Elisa Giordano to score the second goal, after a great move by the blue forwards inspired by Sillari. Marking the blue captain doesn’t change the meaning: it ends 22-12, with Canada almost certain to take first place and Italy needing to beat Japan to get through the round without worry.