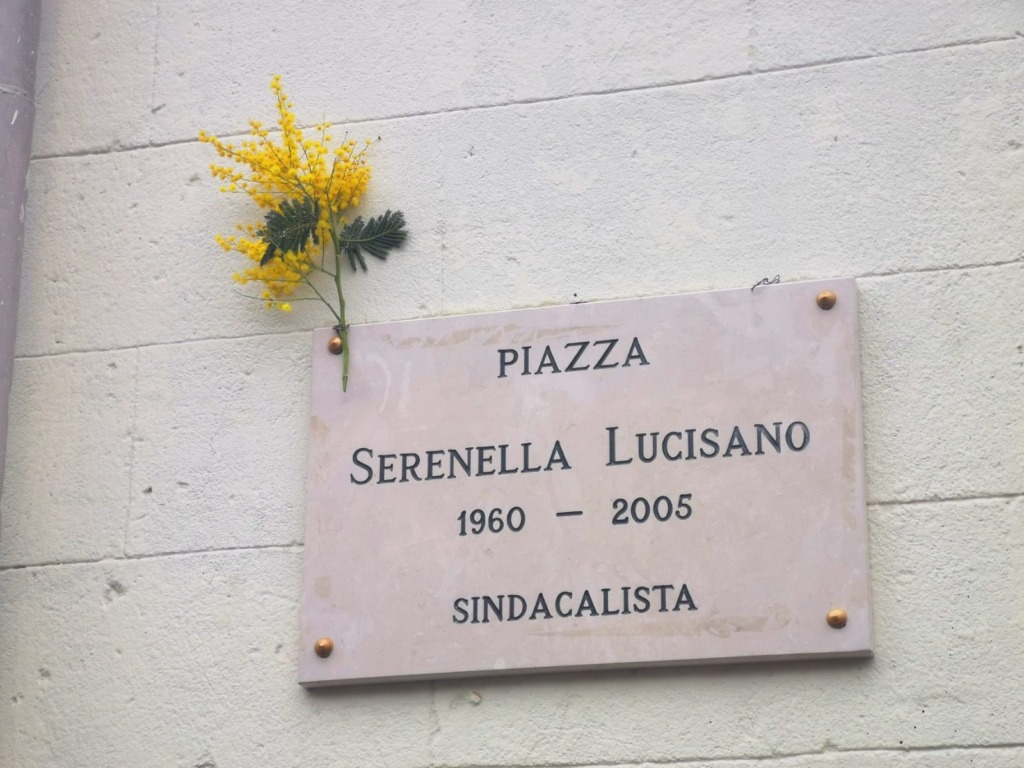 The city remembers Sirinella Lucisano, former Secretary General of FP CGIL in Reggio Calabria – Locri, whose memory now pops up in a place that the municipal administration wanted to dedicate to her on a day not as accidental as the day when the International was. woman’s Day.

It is the space between Via Nicola Giunta and Via Varese named after Largo Serenella Lucisano, in the heart of the southern suburbs of the city, in a popular area, to promote the most authentic values, proximity to people and civics. A commitment that a unionist who died prematurely in 2005 was able to explain. The sober ceremony was attended by, among others, Acting Mayor, Paolo Brunetti, Municipal Council President, Enzo Mara, Municipal Councilor for Public Education, Lucia Nocera, Municipal Councilor Teresa Bensanin, and Chair of the Toponymy Committee, Domenico Arad Capilano, many, including That relatives, friends and representatives of trade unions, express their affection for Serinella Lucisano who died on March 8 seventeen years ago. 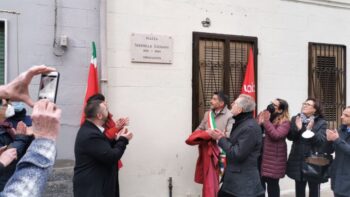 “It is an important and purposeful day – as the acting mayor – Brunetti said – because the path begun by the toponyms has been strengthened on the grounds of promoting the personalities that have given place to the city, in various areas of society. There is still much to do in this direction, because there is So many female figures who have left such an important imprint for this city and for the whole region. And Serenella Lucisano, without a doubt, is among them.”

Her memory is still alive among us today, then she highlighted to Chancellor Nocera, “And it is so nice to be able to remember a great woman from Reggio, someone who spent so much for social justice, protection and assertion of rights in the course of her tireless union activism. It is our duty to celebrate this characters and veneration, and pass on their teaching to younger generations.” 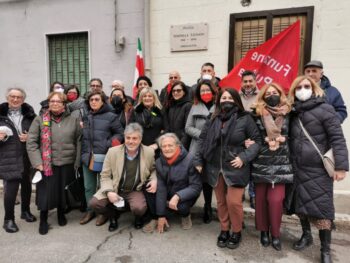 It was not clear that the celebration of March 8 would coincide with this initiative, then the priest was emphasized, “But thanks to the commitment of the administration and our committee, we succeeded. With the memory of Serinella Lucisano, we continue the journey we started with the specific goal of returning to the collective memory, the earthly testimonies of the personalities of Reggio who distinguished themselves. Let’s move forward on this path and invite everyone to contribute to this path with the reports and suggestions that the GeoNames Committee is always happy to receive.”

Finally, Serenella Lucisano’s son, Simone Squillas, vividly thanked the municipal administration, geographic names and Ode (which suggested this address) “for this beautiful and unexpected gesture. For our whole family, it is an unspeakable affection, a memory, for my mother, that will remain forever and from today.” Not only in our hearts, but in the hearts of the whole city.”