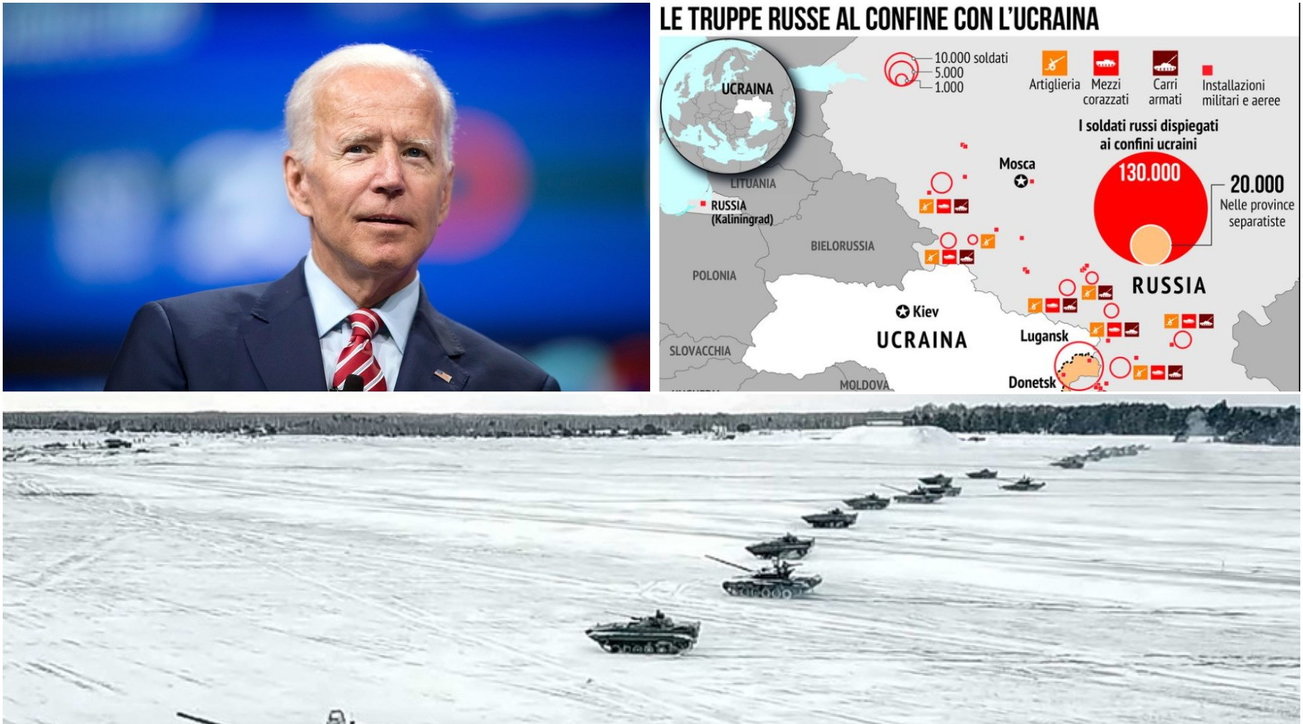 Biden’s intervention was especially anticipated A day after rumors of an imminent Russian attack on Ukraineexpected attack The past few days by 007 American. But the Moscow government announced the start of the withdrawal of troops from the border after the end of military exercises.

And Putin had warned earlier in a press conference with German Chancellor Schulz: “We will never accept the expansion of NATO to our borders.”

An attack is always possible.

“The United States is ready, no matter what happens, an attack on Ukraine is always possible,” but Biden repeated, speaking of the Ukraine crisis and distrusting declarations from Moscow.

If Russia attacks, the strategic cost will be enormous.

Then Biden warned Moscow: if it invades Ukraine in the next few days or weeks, there will be “overwhelming international condemnation.” “Accountability is important. If Russia invades in the coming days and weeks, the human cost to Ukraine will be enormous,” he explained. “And the strategic cost to Russia will be enormous, too. The world will not forget that Russia chose death and destruction. And the invasion of Ukraine will prove a wound of its own making. And the United States and our allies and partners will respond in a decisive way. The West is united,” Biden reiterated.

Biden stressed that “if Russia attacks Ukraine, it will be a war of choice but sanctions are ready,” stressing that in the event of an attack, the Nord Stream 2 gas pipeline will not start.

READ  Finland in NATO? Croatia says no and threatens to blow up NATO expansion

“Give diplomacy every chance to be successful”

“The Russian government has publicly suggested continuing diplomacy. I agree – as Biden recalls -. We must give diplomacy every opportunity to be successful.” “The United States has put on the table concrete ideas for creating a security environment in Europe. We are proposing new arms control measures, new transparency measures, and new strategic stability measures.” He added that the United States “will not sacrifice basic principles, but rather take steps that enhance our common security.”

We will defend every inch of NATO territory.

In addition to opening a window for dialogue, Biden claimed the role of NATO. We will defend every inch of NATO territory with the full force of American power. We will not sacrifice basic principles – he said – to please Russia,” adding that the West is united on the Ukraine crisis. The president also emphasized that the United States is “ready to respond to Russian cyberattacks.”

Di May Thursday in Moscow To overcome the crisis, the two chancellors remain focused on the implementation of the Minsk agreements, which also provide for greater autonomy for southeastern Ukraine. But from Moscow, there are signs that he risks ruining the table. The State Duma, the lower house of parliament, has approved Putin’s request to recognize the breakaway self-proclaimed republics of Donetsk and Lugansk amid EU and NATO protests.

During the day, the Russian and American diplomatic chiefs Lavrov and Blinkin had a new phone conversation. Italy, in turn, held a meeting between Prime Minister Mario Draghi and Ukrainian President Volodymyr Zelensky and Foreign Minister Luigi Di Maio’s mission to Kiev, which is expected to arrive in Moscow on Thursday.