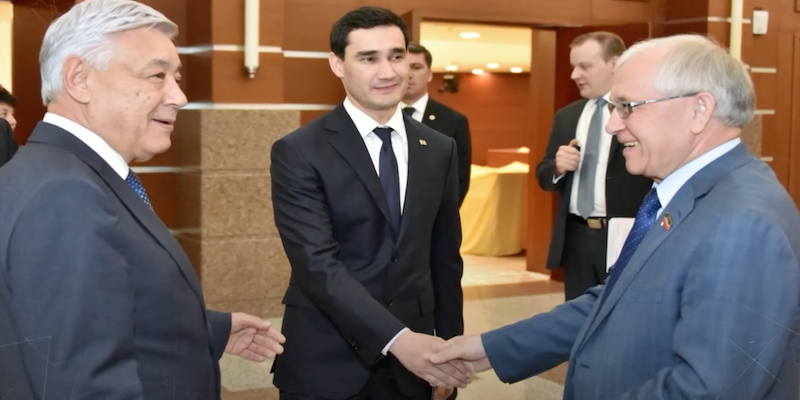 Today, Saturday 12 March, presidential elections are taking place in Turkmenistan, the Central Asian country of 5.6 million people ruled by one of the world’s most authoritarian regimes. It’s an early election. named In February at the request of the current president, Gurbanguly Berdymukhamedov, who has ruled since 2006 without real opposition: in all likelihood, his successor will be his son, Serdar Berdymukhamedov, of the Democratic Party of Turkmenistan, or the one who has always supported him. the father.

There are nine candidates, some proposed by political parties and others by citizens’ initiatives, but those that will take place on Saturday will in fact be an uncontested election.

as written Radio Free Europe / Radio Freedomeight of the nine candidates are completelyUnknownPractically nothing has been said about her and her programs, neither in the local media nor on the websites of the political parties that she proposed. It seemed that the election campaign was a celebration of the candidacy of Serdar Berdymukhamedov: his official visits around the country were given tremendous visibility, great preparations and were organized by local authorities.

In other words, as he wrote the diplomatActually, this election opened.family succession“No one seriously expects anyone other than Sardar to become the next Turkmen president.”

In Turkmenistan, the former independent Soviet republic since 1991, there is no real multi-party system, elections They don’t respect International Standards for Transparency and Political System – Presidential Republic which is in fact one dictatorship It centers heavily on the personality of the president, who in his 16 years in office has imposed more and more restrictions on civil liberties.

Berdymukhamedov called for elections to be held two years earlier than they should have been, without giving any explanation as to why. In a speech on February 11, during an extraordinary session of the Turkmen Parliament, he said it was time to make way for “young leaders”: after three days, it was time. candidate His son, who has just turned 40, is the minimum age to become president of Turkmenistan (presidency term is 7 years).

– Read also: In Turkmenistan, officially, there have been no cases of coronavirus

We know about Serdar Berdymukhamedov very little: He studied agriculture in Turkmenistan and then international relations, first in Moscow and then in Geneva. He is expected to rule in a similar way to his father, who is in fact the architect of his political career, which in 2016 began as a deputy and quickly reached the top of the state.

In fact, Sardar Berdymukhamedov in 2018 became Deputy Minister of Foreign Affairs and six months later Deputy Governor of Ahal State; In 2019 he was appointed Minister of Industry and in 2020 Deputy Prime Minister in Turkmenistan Practically it is the third place in the state. There is the President and the Vice-President, and then specifically six “Vice-Presidents of the Council of Ministers”: the President is also the head of government, while the Vice-Presidents of the Council of Ministers come before the Ministers and hold the position that a Minister would be in Italy.

In these few years, Serdar Berdymukhamedov also held other positions: he was a member of the State Security Council, the national body that deals with defense, and head of the Supreme Audit Chamber, which deals with public spending.

READ  “In Italy there are 3,300 but the first to disappear will be us men” - Corriere.it

It is likely that he will inherit from his father a poor and corrupt country that suffers from serious unemployment problems and faces a lot from an economic point of view depend on chinaWith which Turkmenistan contracted a large debt. In fact, China funded a pipeline between the two countriesBut the Turkmen economy then entered into a serious crisis in which it found itself still.

Today, Turkmenistan claims to have paid its debts to China, but without it After making it public There is no data to prove this.

But Gurbanguly Berdymukhamedov will remain in his position member Senate, the established body willingly In 2020. It is not yet clear how it will continue to operate, to what extent it will continue to influence other members and government bodies, or what effects a change of presidency will have on the stability of the country.

Turkmenistan may witness some unexpected events in the near future Economic benefit From the ongoing war in Ukraine: With the harsh economic sanctions imposed by the West, the site writes Eurasia.netIn fact, Russia has removed many restrictions on imports from a number of neighboring countries, including Turkmenistan.

– Read also: When the president of Turkmenistan presented another to him