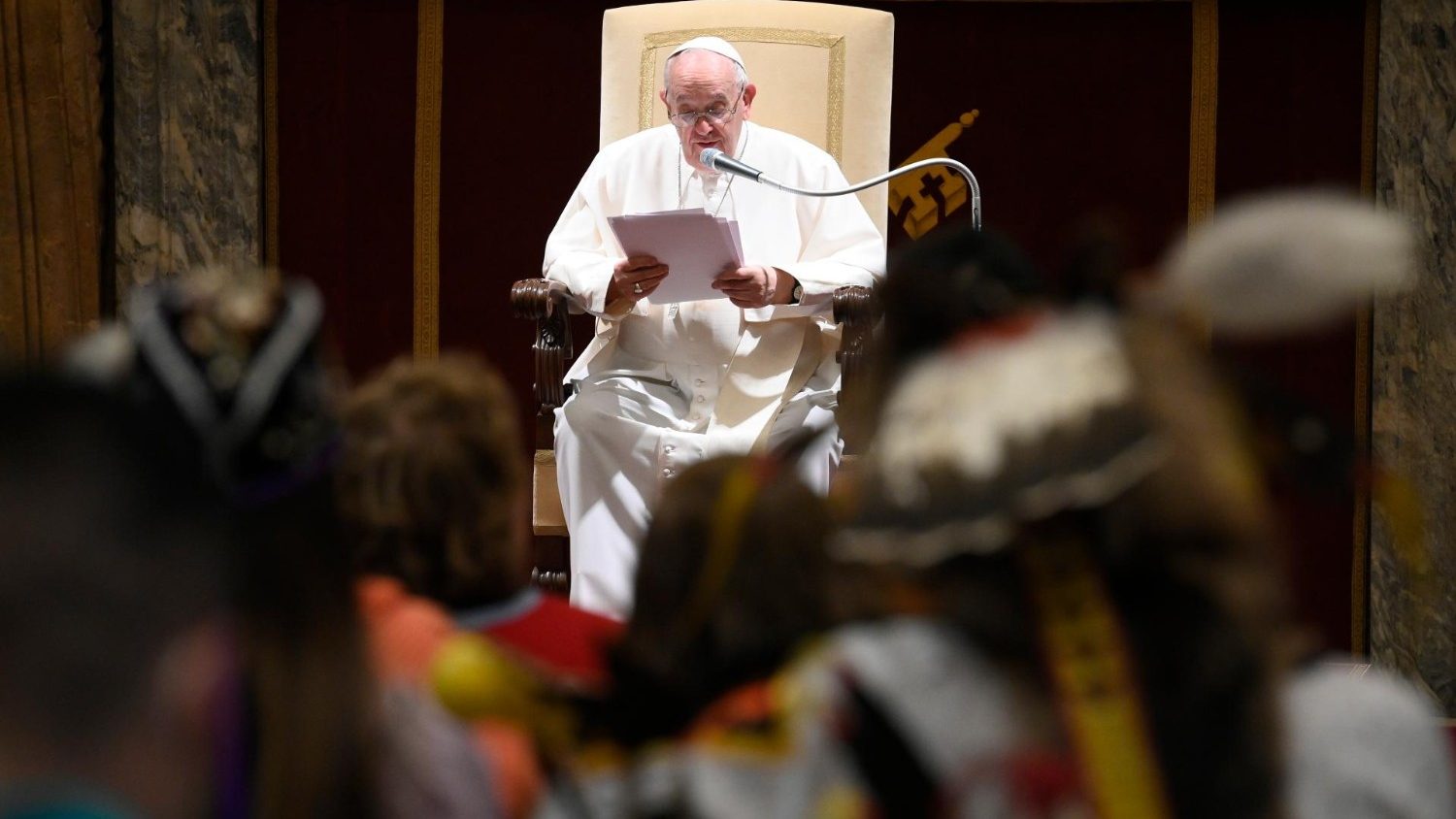 Matteo Bruni, director of the Vatican’s press office, announced that he would accept the invitation of civil, ecclesiastical and aboriginal officials and leave for the country by the end of July.

The Pope has repeatedly expressed his desire to go to Canada, where the Church is engaged in an important process of reconciliation with the indigenous people. Matteo Bruni, director of the Vatican’s press office, announced that Francis would be in the country from July 24 to 30, “accepting the invitation of civil and ecclesiastical authorities and tribal communities.”

This is the Pope’s 38th Apostolic Visit to Edmonton, Quebec and Ecuador. In ‘Inquiry on April 1st Francis, who first met individually with representatives of Canada’s indigenous people, noted a difficult period, “this year the grandmother of Jesus recalled devotion to St. Anne – she said – I want to be with you, in those days”. Commemoration of Santa Anna comes on July 26th.

The pain and shame of the past

In the same audience, the pope repeated his apology for what had happened in the past and re-emerged dramatically during these times by discovering a mass grave at the Kamloops Indian Residential School. The story of the abuse and violence that took place between the end of the 19th century and the last decades of the 20th century, the Canadian government established residential schools to culturally integrate tribal children. Schools were handed over to local Christian churches, including Catholic churches. In these facilities, which are generally underfunded, children are often mistreated and abused.

I tell you, I repeat: I feel ashamed, hurt, and humiliated for the role played by various Catholics, especially in educational responsibilities, in all that has offended you, in the abuses and disrespect for your identity. Even your culture and your spiritual values. All of this is contrary to the gospel of Jesus.

About fifty members of the Confederation, which became an autonomous government after the treaty with the state in July 2021, came to Rome from Canada to follow the path …

A path to truth

The Pope’s visit is a milestone in the reconciliation process initiated by the Canadian Church. A path that Francis has called to go with determination, because “an effective rehabilitation process requires concrete steps.” Therefore, allowing them to “continue the pursuit of an open search for truth”, “healing wounds and promoting reconciliation” and to revitalize and revitalize the culture of indigenous peoples will increase their love, respect and particular focus. Traditions.

The joy of the Canadian bishops

The bishops of Canada welcomed the announcement of dates for the pope’s visit, saying “a historic visit – they write in a statement – focused on healing and reconciliation with the indigenous people”. This is Pope John Paul II’s fourth visit to Canada since 2002. “We are very grateful to the Holy Father,” said Bishop Raymond Poison, president of the Canadian Bishops’ Conference. Accepting our invitation, Pope Francis – he continues – fulfilled his wish to treat him as he had promised when he met them in Rome recently, saying, “He will have the opportunity to meet the indigenous people in their homeland.” Let’s pray “.