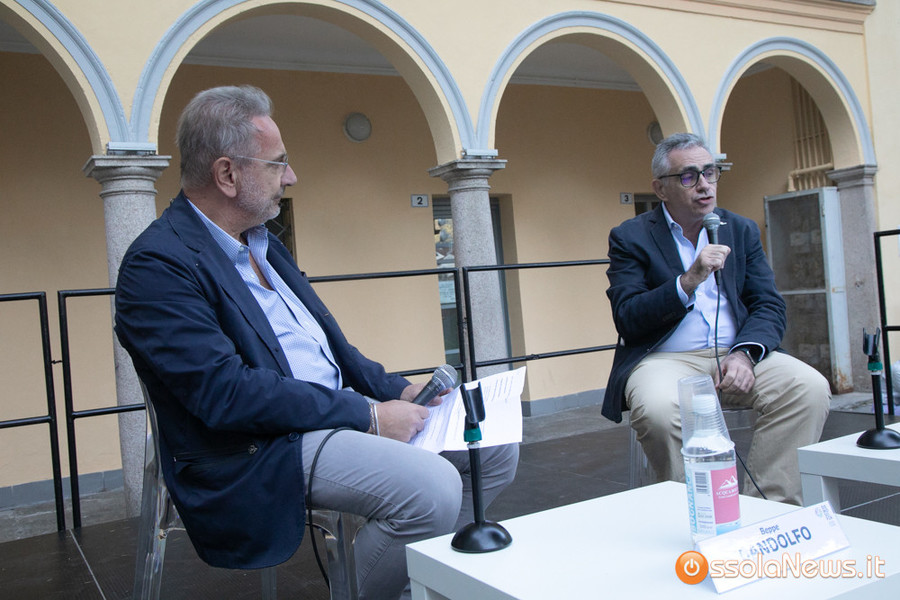 Lots of applause and no objections on Saturday for the expected date with the virologist in Milan Fabrizio Brigliasco. Domosophia’s guest, gave the interview Baby Gandolfo, The TV face of Mediaset and author of the weekly “Piedmontese” column in our online newspapers, Pregliasco recalled the years of the pandemic. From the first fears of an unknown virus to studies, from vaccines to the green lane, passing through the TV information “mistakes” that made virologists turn stars, throwing them at keyboard haters.

Brigliasco spoke about the current situation challenging WHO declarations on the exit from the state of emergency: “It is not over, we have come to the last mile …” He said, “The virus will not go away, we must expect waves of ups and downs that will be met.” The hospital wards are now ready.” He continued, “The enemies are not doctors, operators, or those who have made painful decisions for society, the enemy is the virus that can still do harm.” Then he told Brigliasco how he lived and how he lived the hatred towards him: “One day I went to an event in Milan alone and entered through Dante and I do not hide that I was afraid.” Then Beppe Gandolfo wanted to dedicate an applause to the audience of Domese: “I must congratulate you, not in protest, not in a dissenting voice, surely in the audience there may be someone who does not think like Dr. Pregliasco, but no one who has raised their tone, as it happened instead a few days ago In Sauze d’Oulx when the police had to intervene due to the presence of Pregliasco.” Then the Mediaset journalist concluded by thanking Brigliasco for what the doctors and staff have done in this terrible epidemic.

READ  The new season of Spazio Kor begins with the regional premieres of "Eden" by Michele Di Stefano and "Dialoghi di Paradise" by Viola Lo Moreau.

At the same time at Palazzo Mellerio a conference of two Ossola engineers Andrea Akumazu and Mauro Brenna, the latter is online from the United States. A conference that attracted many people, sold out to hear the voice of two local heroes of what awaits us in the exploration of the solar system in the near future.