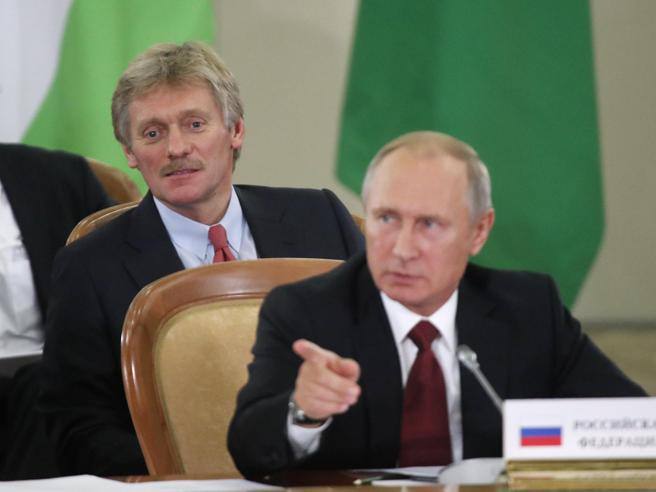 Finally, his sad face would also remain. It was March 21st, the first day of spring, and almost a month after the start of the so-called Special Military Operation. CNN correspondent Christiane Amanpour gives an interview Dmitriy Peskov great air. Why are you so afraid of Navalny? Why deny the crimes committed by your soldiers? Here is a video showing an undeniable one. at that point, Vladimir Putin’s spokesperson, A man who as a profession has to support even what he cannot bear, turns to himself, with a regretful expression on his face. And he was silent, not knowing what to say, he who built us a fortune with words.

They say he is a person of sober and semi-modest tonesLike her looks and gray suits. But his public job was under the president for twenty-two years. In his previous life, he did not underestimate a certain sympathy for the West, criticizing it with a smile on his lips, explaining that he knew its vices but also its virtues. Peskov has worked in diplomacy behind him, the son of a former ambassador to the Soviet Union, and has always made headlines especially for people who are attracted to those around him. And here we are not just talking about Putin.

In 2015, during her third wedding, in this case with former Olympic figure skating champion Tatiana Navka, He was immortalized with a watch of 600,000 euros on his wrist, which at that time was worth seven times his annual salary. The following summer, Navalny’s team published an investigation showing that sober Peskov had done a job Long vacation in Sardinia on a chartered yacht for a modest €350,000 per week. The official explanation was that his wife, the organizer of the ice shows, had paid for the hour and rent the boat. But it wasn’t very convincing. His 24-year-old daughter Elizaveta caused some problems for him, who declared herself immediately after the start of the special anti-war military operation. But above all, she came back to talk in mid-March He complains about the punishments that have been imposed on his family. And thus he would not be able to visit the cities he loved, New York and London said, thus embodying the stereotype of the Western and ungrateful Russian for his homeland that his father criticizes every day.