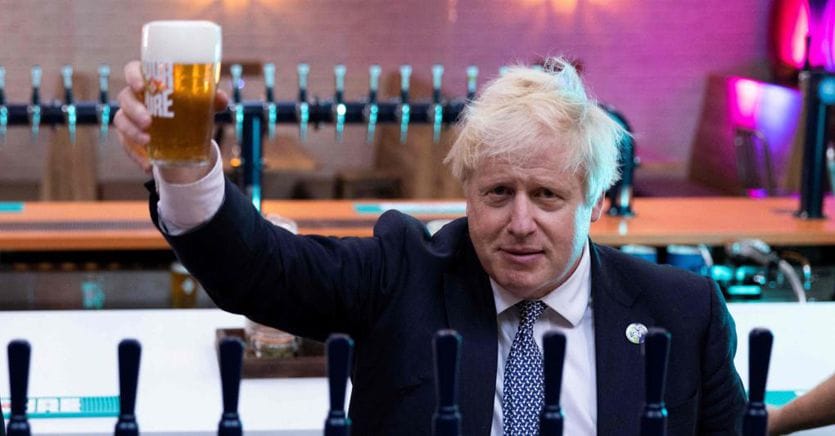 SAFE BUT NOT SAFE: Boris Johnson won Monday night’s confidence vote, garnering the support of 211 Conservative MPs to 148 who wanted him to resign. Having passed the bottom line of 180 MPs in the secret ballot, 50% plus one, the British prime minister remains in the saddle but with an increasingly divided party and an increasingly opposing public opinion.
In keeping with the rules, the vote was taken after 54 Conservative MPs, above the 15% threshold of the total, wrote a letter of no confidence in the prime minister.

His victory was limited, but Johnson called it “decisive”, thanked his supporters and called on the party and government together to get back together “to turn the page and focus on the important things that really matter to the people.”

In recent weeks, the scandal of illegal parties in Downing Street during lockdowns has made headlines after the conclusion of the Metropolitan Police investigation, which fined Johnson and his wife, and Sue Gray’s report. The senior official in charge of spotlighting Party Gate has painted a ruined picture of the Prime Minister’s office during the pandemic, with many illegal parties, heavy drinking and rule-breaking. Since then, an increasing number of Conservative MPs have distanced themselves from Johnson.

The Prime Minister declared his goodwill

The Prime Minister apologized, declaring his “disappointment and disgust” with what was revealed in the report, but continued to insist that he personally had always acted in good faith. The inadvertent violation of the rules would have protected him from being accused of deliberately lying to Parliament when he denied the existence of illegal parties in Downing Street. Such a violation of the ministerial law would in effect lead to his resignation.

READ  FBI searches Trump's home, Attorney General: 'Neutral application of the law. We ask to be able to reveal the reasons'

However, many Conservative MPs, including many formerly loyal Brexit supporters of the prime minister, did not believe him. Like the “anti-corruption czar”, John Penrose, who resigned on Monday to protest the violation of the law and urged the prime minister to do the same. Also on Monday, the prime minister met conservatives to convince them that a change at the top during an economic crisis and an ongoing war in Ukraine would be destabilizing, while the vote is a “golden opportunity” to turn the page and solve the real problem. country problems.