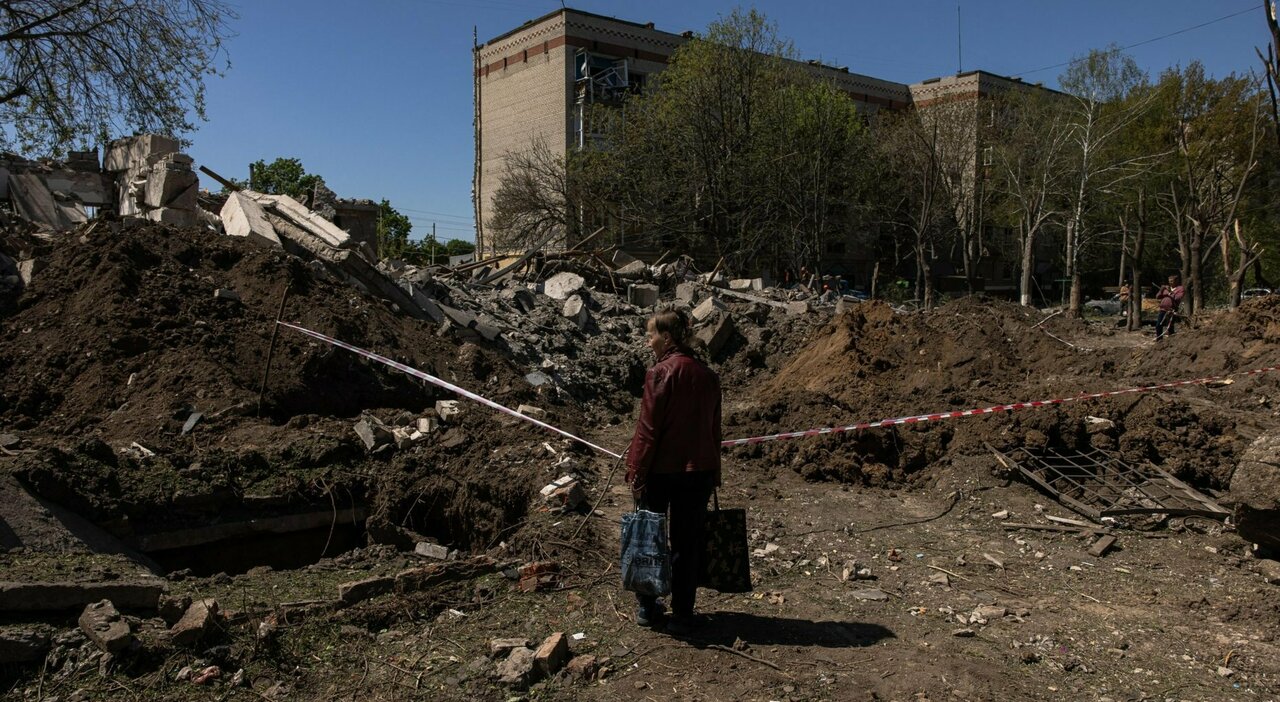 A Russian frigate is burning near Snake Island in the Black Sea.Admiral Makarovalready participated in the attack on the city Odessa in April. A new blow to the Russian fleet and a valuable target invaded the Ukrainians, who were to reach the ship with a Neptune missile, according to the deputy. Oleksiy Honcharenko who confirmed the episode on his Telegram profile. The disabling of this frigate, considered the latest in its class, is an important military achievement for it Kyiveven if from flies They deny that all this happened. The Pentagon adds that it has no evidence to confirm this. “We’ve been working on it all day, but at this time we don’t have information to confirm this news,” said US Defense Department spokesman John Kirby. Photos posted on social networks, however, show smoke rising from the ship and rescue operations in action.

All three frigates of Admiral Grigorovich belong to the Black Sea Fleet, whose headquarters are in Sevastopol. They are armed with 24 Buk medium-range surface-to-air missiles and eight Kalibr cruise missiles. They can escort other ships and also attack targets on land. After the sinking of the cruiser Moskva, the Russian fleet in the Black Sea was reduced to only three large combat ships, the best of which was the missile frigate Admiral Makarov. Faced with photo evidence showing fires rising from that part of the sea, the Kremlin, however, insists on denying it. “Everything is going according to plan in Ukraine,” said spokesman Dmitry Peskov, commenting on the words of Belarusian President Alexander Lukashenko, commenting that the timing of the operation would be “longer” than originally expected.

Peskov commented on the attack on Admiral Makarov, saying: “We have no information about him.” He also sends a cross message to Warsaw: “Poland can pose a threat to Ukraine’s territorial integrity – he says -. The fact that in recent months there has been very hostile rhetoric from Poland and the fact that a threat to the territorial integrity of Ukraine may come from Poland are obvious facts. ” As if to say: if they threaten, then we can decide to launch an attack on them too.

Meanwhile, the war in the south of the country became more violent. Vladimir Putin’s forces are attacking Odessa from Crimea, and sources in Moscow assure that they will “remain forever in southern Ukraine.” In fact, the invasion is not quite as the Russians say: with the exception of some isolated areas, the Ukrainian resistance is always very strong. Yesterday, the New York Times reported that the Kyiv army was trying to expel Russian forces from the cities of Kharkiv and Izyum, where the battle had stopped for about a month. In recent days, the scenario appears to have changed: Ukrainian forces advanced towards the outside of the city, launching an offensive to the north and east, beginning with intense bombardment and an infantry offensive backed by tanks and other armored vehicles. “The first weapons that can stop the enemy will arrive in large numbers in late May or early June,” said Oleksiy Aristovich, an adviser to Ukrainian President Zelensky, specifying that a large-scale counterattack against Moscow’s forces likely would not begin before then. the time. All this while last night Joe Biden announced on Twitter another $150 million military aid package.

READ  So Kyiv destroys the Russian fleet in the Black Sea

Meanwhile, the Tsar’s soldiers concentrate their forces against the steel mill at Azovstal. A Ukrainian commander confirmed that “bloody battles” were taking place inside the compound after the Russians managed to penetrate its surroundings. Several pictures of the long plumes of smoke rising from the steel factory spread on social media after the bombings and shelling. Although about 50 civilians were evacuated from Mariupol yesterday morning. A new UN convoy – as announced by the Deputy Secretary-General of the United Nations, Martin Griffiths – headed to the city with the help of the International Red Cross. No other details were provided “in order not to jeopardize the operation.”

However, from Telegram, information arrives about what is happening around the plant. During the cease-fire in the area of ​​the steel plant – the Azov battalion said – Russian forces fired at a car transporting civilians to evacuate them from the factory. One soldier was killed and six were wounded. “The enemy continues to not respect agreements and not comply with security guarantees for the evacuation of civilians,” they added. President Volodymyr Zelensky speaks of Mariupol as an “example of siege and torture” which demonstrates the “inhumane attitude and brutality of the Russian army”. The indiscretion with which Putin decided to deal a fatal blow to the fighters of the Azov battalion located inside the plant, thanks to the Ukrainian “tip” of the mole, is also proportional to the race for confirmation and denial. Someone gives the Russians a map of the facility. The news, of course, has no confirmation.

In the evening the sirens sounded again in Odessa. “The explosions can be heard everywhere – is the call of the local authorities to the population -. The air defense is working. Stay in the shelter.” And there are some Western officials that Putin may decide to officially declare war on Ukraine on Monday. The one who fought so far is considered only by Moscow “Special operation.” Also in Mariupol, the “occupiers” are restoring monuments of the Soviet era. Petro Androchenko, adviser to the city’s mayor, on Friday distributed new photos that, in recent days, all monuments of that period have been “restored.”

Once again, the sinking of the Moskva ship by the Ukrainians was at the center of American analysis. Many hypotheses and thoughtless ideas. Chris Carlson, a former US Navy officer, claims that at the time of the attack, the Russian ship’s detection radars were either disabled or inactive. Evaluated based on examination of photos posted in the following hours. The devices were in a position to suggest this. The expert also adds two other components: the systems might have maintenance problems (an aspect where the Russians don’t shine) and in any case – if it worked – they would have been able to detect the incoming threat, namely the anti-missile ships. The launch was accurate and the cruiser hit at the most appropriate point, in part of the hull led to a catastrophic fire: a situation that determined her fate.