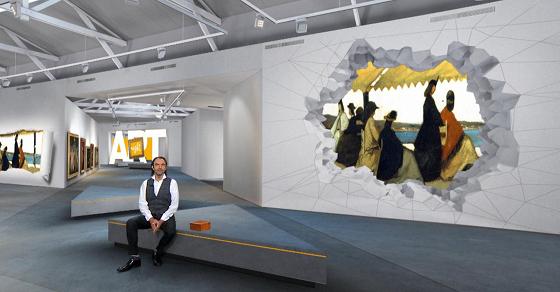 “What I was trying to show was a world where I feel good, where people are kind, where I find the tenderness I wish I could receive. My photos were proof that this world can exist.” Speech by Robert Doisno, the hero of the documentary film “Robert Doisno”. The lens of the wonders, Clementine DeRodel, will be broadcast on Thursday, July 28 at 9.15 pm on Ray 5 in the program “The Night of Art”. From “The Kiss in Front of the Hotel de Ville” to “Pluie d’été,” his gaze and camera spanned throughout the 20th century, lost in the humanity, art, and life of Paris and its inhabitants. The film tells Doisneau’s life from a young suburban boy to a photography star, and shows all his determination to become the greatest “portrait painter of human happiness.” A television portrait, tracing his life with a look behind the scenes and at the heart of his creativity, told thanks to the materials of his personal archive: letters, notebooks, auditions, photos, family films and everything related to history. Almost in spite of himself, he became one of the most famous photographers in the world, and his most famous picture, “The Kiss of the Hotel de Ville”, became an icon of the city of Paris.
After a document from Teche Rai: “Pictures. Heroes of Milan culture. Photography. Ugo Mulas 1989 ”, painted by his wife Antonia Mullas: a black and white portrait, a personal description of his work and passion for photography.