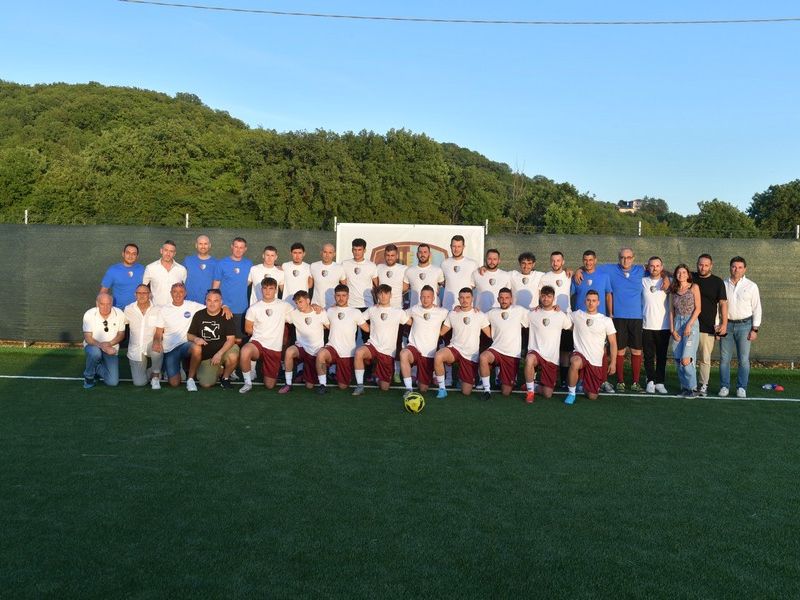 Preparation for the Nuova Rieti Calcio begins: 22 staff and management players gathered this afternoon at Green Park La Foresta for the first training session of the 2022-2023 season. While waiting to find out the composition and schedule for the tournament, Stefano Lotto’s men met, settled in the structure that would host them all year round and gave life to the first physical sessions and with the ball. Before work, however, discuss from the company and employees between motivation and goals. To attend the rehearsals, in addition to the press, some fans who colored the afternoon and who received the thanks of the club and the team. The ceremony was also attended by children and youth from the football school and the youth sector. A moment of encounter between the two established realities of Nuova Rieti Calcio, between the present and the future.

“A really compact group that gives me a positive feeling – says Stefano Lotto, Velor technician – the message Federico Dionissi sent us is clear and we have already absorbed it. The club and I repeated this to the team. Let’s commit, let’s have fun and do it with utmost commitment: we need to defend an honor In terms of form and tactics, it is still early days: we will form the idea of ​​my game while we train with the training that we will do, to prepare for the tournament and other competitions.”

“I couldn’t wait to put my shoes back on and get back to training – says Tiziano Teraveri, captain of the Nuova Rieti Calcio – a very stimulating group and environment. I am happy to say yes to this project which is already promising from the first training session. We have a challenging but very important task: Keep the honor of Rieti and these colors high.”

Eusebio Dionisi at Nuova Rieti Calcio said: “Commitment and fun: Our sponsor Federico Dionisi summed up the key words well. His words give us a huge boost, I see a lot of adrenaline in the boys and a desire to discover this season. We can’t wait to see this team in action that we have created with passion and sacrifice. We are fascinated by the youth and sure of the experts. It will be a great season. I don’t deny that we are working on some other baits: we are watching last minute chances to get more chances.”

For this week, training will take place on Mondays, Wednesdays and Fridays at 6:30 pm. In the first week, in fact, in agreement with sports coach Luca Verdecchia, the club chose three days of training, useful for reactivation after the summer break; From the following week, the team will train every day. On Sunday, family quiz with the little ones, again at Green Park La Foresta.

READ  The cry of the pain