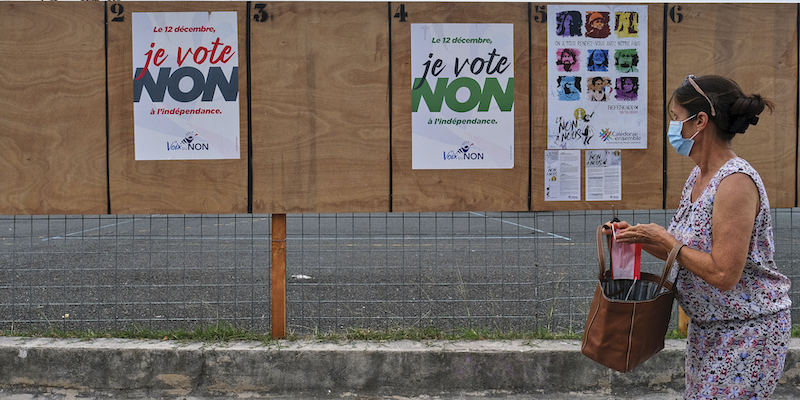 On Sunday, the third referendum on independence for New Caledonia, the French overseas territory located in Oceania, in which a political struggle has been going on for nearly thirty years over the possibility of independence from France, was held. The result was clear: As the vote drew to a close, independence was rejected He got more than 96 percent of the votesAccording to local TV NC first. Data from some constituencies notorious for supporting independence indicates that more independent groups boycotted the vote, as they had on other occasions in the past.

New Caledonia has been part of France since 1853. The referendum was the third of the three envisaged under an agreement signed in 1998 after much violence between separatists and the faction in favor of the remainder of France, which won the first two referendums. The fact that ‘No’ has won lower percentages than ever – straight with 56,7 And with 53.3 percent of the vote – it was suggested that the end result would be more in the balance. But in recent weeks, the referendum campaign has begun It was intertwined with the presidential elections in France, planned for 2022.

New Caledonia is an archipelago part of Melanesia, one of the regions of Oceania, located about 1,500 kilometers east of Australia. It’s a small region – smaller than Sardinia and with a population of 270,000, a little more than Verona – but it has always been at the center of strong tensions and rivalries between foreign countries, as well as between political factions and ethnic groups within the region.

In New Caledonia, the Independence Front has been led since 1984 by the Kanak Socialist National Liberation Front, a coalition of parties that have always protested against the French colonial regime. In the 1980s, clashes with loyalists to France were very violent and caused dozens of deaths, which prompted France to organize its first independence referendum, in 1987. However, the referendum was held. boycott By the separatists themselves, for whom there were no democratic and transparent voting conditions to be considered legitimate.

It seems that even on this round the independence forces decided to boycott the vote: the scientist He writes that in Kanala district, which is considered full of independent voters, by mid-morning, less than one per cent of those entitled to vote had voted.

Late in the morning, French President Emmanuel Macron is expected to give a public address to comment on the referendum result.