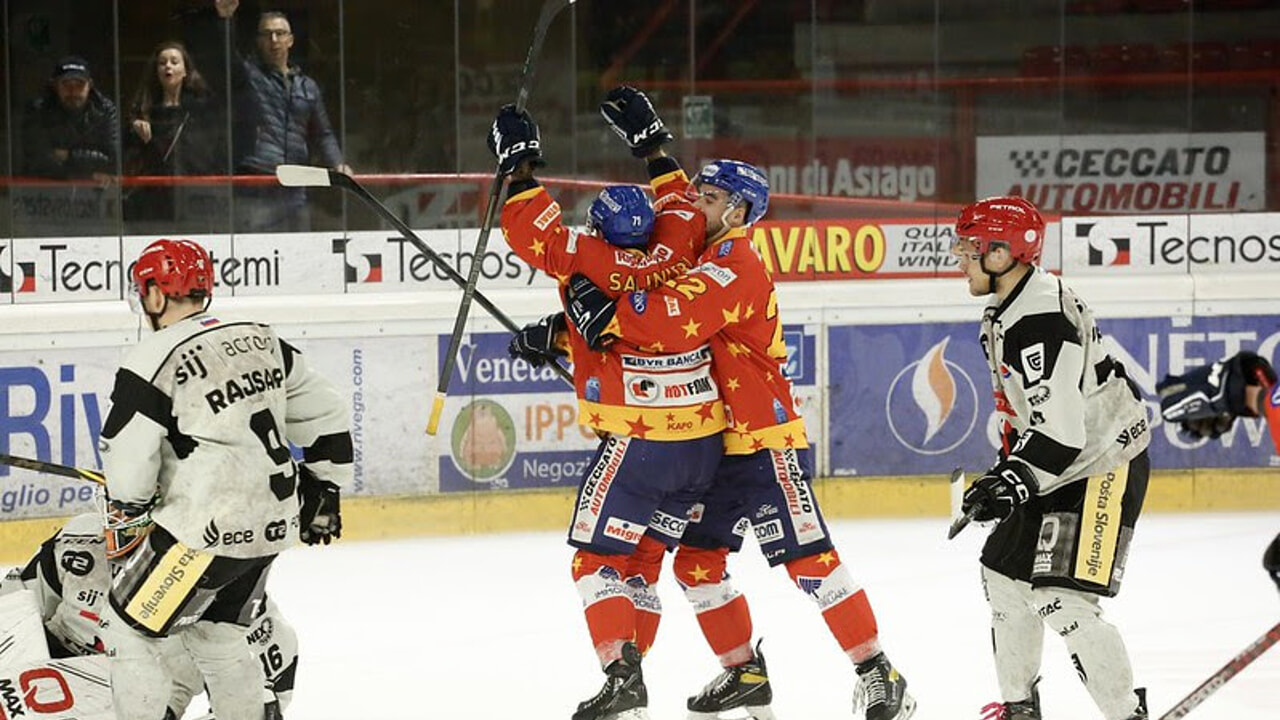 Migross Supermercati Asiago Hockey also won the last Group D class of the Continental Cup, organizing the Jesenice team with a 5-2 score, separating the semi-final ticket to be held in Nitra, Slovakia, next month.
But in the list, Barrasso lost coach Vinoro but found Moncada again.


First half – Asiago – Jesnes, 2-1
The match that starts in the best way for Migross Asiago after less than three minutes goes ahead with a kick from Marchetti. Giallorossi doubles at 7′ in powerplay with Vankus, who closes in with a nice triangular shot with Magnabosco and McShane. The guests, also in numerical superiority, return after the first half with Glavic cashing a Bloomberg shot out of the blue between Fazio’s leggings. In the following minutes, there was a stalemate as both teams struggle to produce play, so the score sees Stellati lead 2-1 at the siren.


Second half – Asiago – Jesnes, 2-0
In the first minutes of the second half, Jesenice had a good chance with Djezovic who was blocked by Fazio. Asiago responded shortly after with a gentle triangulation that ended with a shot from Vankus in which Karjalainen reached the boot. In the 15th minute, the Giallorossi scored again and then moved 3-1 with Saracchino, who used a rebound after a shot from Salinitri to defeat the Finnish goalkeeper. Stellati continues to be dangerous and scores a fourth with Salinitri who, after a pressing procedure, deposits a pass from McShane onto the net.


Third Half – ASIAGO-JESENICE, 1-1
In the third and final break, Jesenice attempts to reopen the competition with the goal of outnumbering Svetina. Asiago six minutes later re-set the distance with McShane and put the puck behind Karjalainen after Moncada recaptured the puck in the attack zone. In the remaining minutes, there are no great occasions to report, so Odegar can celebrate qualification to Group F of the Continental Cup that will take place in Nitra in Slovakia from November 18-20.

READ  “No one is unbeatable. We will show what we are capable of” - OA Sport