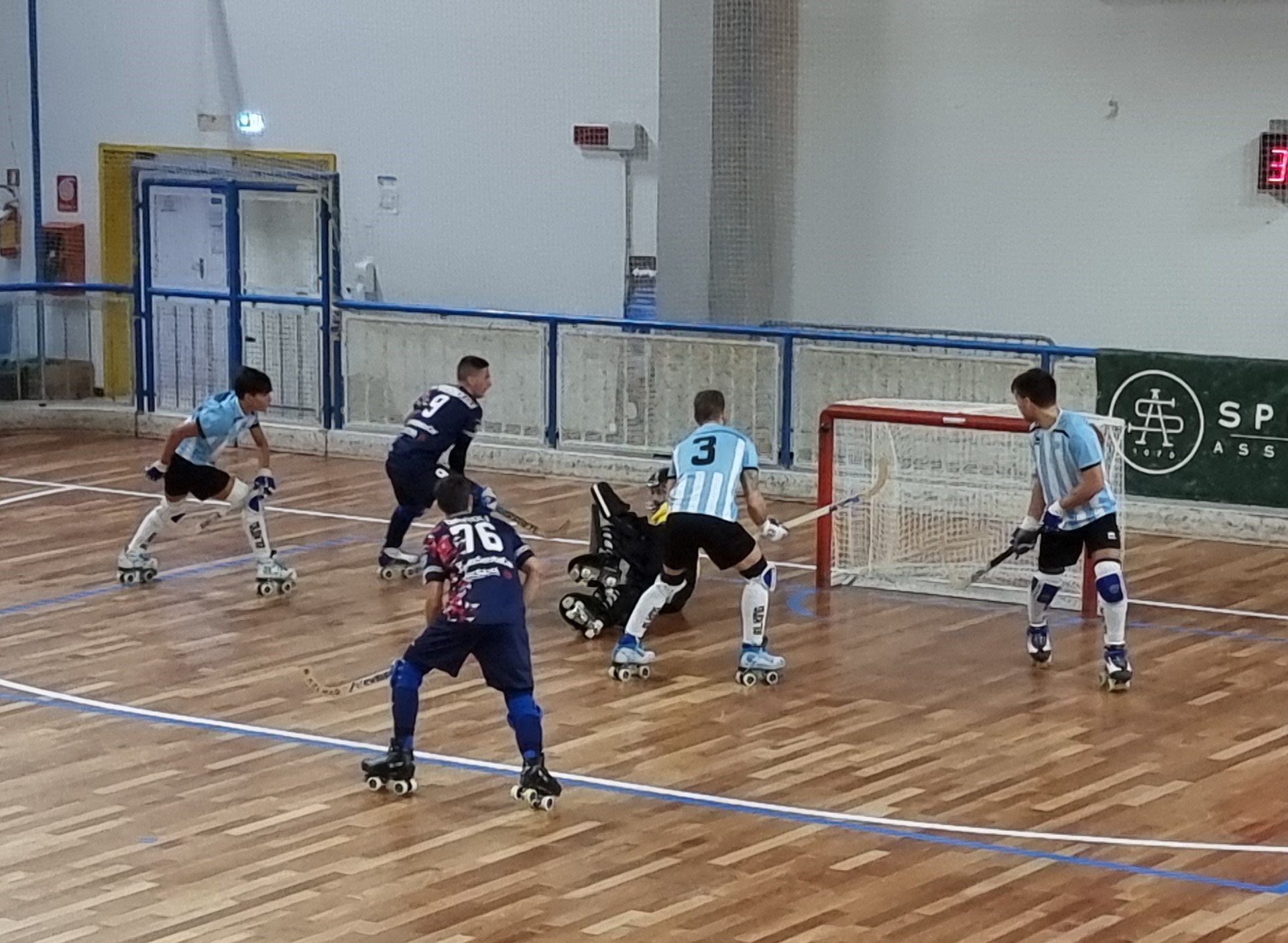 Sandrigo’s Memorial Perdoncin finished in a 4-4 draw and a really satisfying third place.

The boys from Colamaria, without Galimberti, lost the semi-final against Valdagno on penalties and then beat the hosts in the final for third place. The championship will start on Saturday at Forte dei Marmi and the indications are very reassuring.
The presentation of the championship, ways to follow the races, will be announced during the week.

At 5, Monza continues to lead with a nice dribble of tamburindegui, pushes HRC, and fails at some good converging conclusions. The only major intervention by Fongaro is the maximum expression of an almost airtight defense, giving opponents a minimum wage.

If Fongaro rarely participates in the first 10′, Catala is the author of two important interventions. As the minutes pass, both teams think more about defending and avoiding mistakes than pushing and the central part of the first half doesn’t offer much emotion.

At the age of 18, the match comes alive thanks to two raids by Tornè, who finds his friend Català always on hand. Three minutes later, Monza’s 6 sends Ardette the golden ball, which with an extra pass gives Piusini a potential double, but Catala makes a superb double tackle. The first half ends with a pass at half height from Gavioli which Ardit does not send by whiskers on the net.

The second half was opened miraculously by Fongaro who saved the ball on the goal line and banished the joy of the goal from Thiel. The HRC pays dearly for the decrease in defensive intensity and in 5 minutes, thanks to the defensive chaos, the former Lazarotto signs a 1-1 moment, while Diquigiovanni puts the advantage of Sandricense. Colamaria summons the timeout and the configurator is useful for restoring order, allowing Monza to put his head back on with the Tamborindegui: Mendocino bags first in the Tap-in at Piozzini’s closing, then (8′) shoots diagonally from the right that leaves no room for Catala. Basically between the second part of the match against Valdagno and the first 32 minutes of the match against Sandrigo, Julian Tamburendighi scored 6 goals in a row.
Halfway through the second half, Brendolyn fell 3-3, but two minutes later, Tourney was stopped irregularly in the area by Rijon, and he converted the penalty with precision. The match was tough, and DiQueggiovanni, talented from Trecino on loan to Sandrigo, had an impact at 4-4 with 4’45” from the finish.
We go to the penalty shootout, where Torn and Gavioli score for HRC and only Chino Miguelez for the home owners.

Honoring the world champions in Ticino on the centenary

Yesterday was held in Ticino, the day dedicated to the presentation of the A1 Championship in which Tommaso Colamaria was awarded the title of World Champion. Franco Girardelli was absent for personal reasons. Then a match was held between the world champions (86 -88 and 97) followed by the Italian Super Cup final, which Ticino won 10-5 over Sarzana.