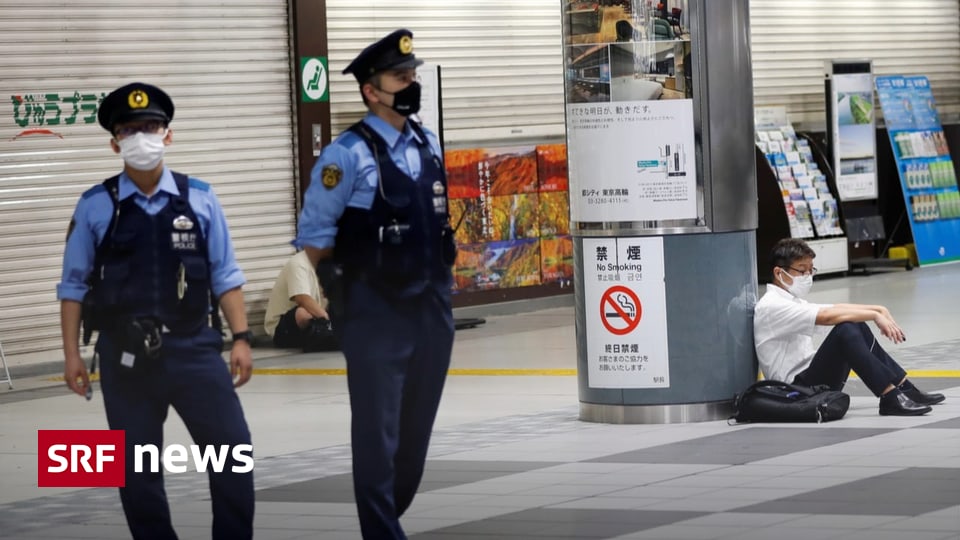 The quake affected Tokyo on Thursday evening (local time). Japanese media have reported that a woman suddenly fell to the ground due to the earthquake and fell and injured her head. The Meteorological Department reduced the magnitude of the quake to 5.9 after it was previously reported as 6.1. According to officials, there was no tsunami alert.

Operation of some high speed trains and subways was temporarily disrupted due to the earthquake. There were also reports of water pipes bursting, elevators stopped and electricity cut off. However, live footage on Japanese television showed normal street scenes in the evening after the earthquake – and the traffic lights worked. The epicenter was reported below the Pacific Ocean floor, however; no tsunami alert was issued.

This is the strongest earthquake in Tokyo since the March 11, 2011 earthquake. At that time, a magnitude 9.0 earthquake and tsunami devastated the northeastern coast of Japan, killing at least 1,000 people. As a result, the Fukushima Daiichi nuclear power plant was devastated.

Japan is one of the most earthquake-prone countries in the world.

Only selected articles can be commented on


Open the box
Close the box

Dear users. We want constructive discourse that is free of contempt, discrimination and misinformation. That’s why we decided to change our concept system. We now focus on selected topics and will not approve all articles for comment. We would like to start 3 to 5 discussions each day so that our community group can support it more closely. Commentary articles can be found under “Day’s Discussions”. There is more information Here. We look forward to hearing from you soon!