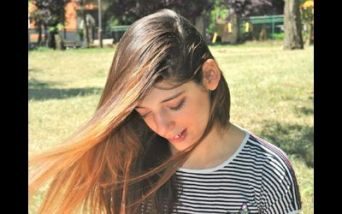 Thanks to Mamma Benedetta, an international network of families has been created that supports research into the treatment being carried out at the Bambino Gesù Hospital

Carola is 16 years old and has a very rare genetic disease: il Deficiency of adenylsuccinate lyase. He was diagnosed only 7 years ago, when he was 9 years old, because it is a rare disease and because the symptoms in his condition did not deteriorate, as happens in most forms known until a few years ago and described in publications. “Children with this deficiency usually cannot walk or speak and suffer from drug-resistant epilepsy,” he explains. Mother Benedita Contardi. “At the Bambino Jesu Hospital, they subjected Carola to an exome analysis and determined the pathology“.

Since the day of her diagnosis, Benedetta has never stopped, looked for other families with children with the same disease as Carola – and also found an Australian mother, Natalie Watson, who started a Facebook group for families with adenylsuccinate lyase deficiency – expanding the already existing international network, which had grown from just 6 families to 45, and organized a research fundraiser. But Above all she dedicates herself to her daughter, she has worked hard to allow her to exercise and communicate with others, since Carola does not speak.. “My daughter – says Benedetta – did motor rehabilitation and gymnastics. He started walking at the age of five. When he started to move we introduced sports: he now swims and does athletics, especially coordination exercises. But Carola does not speak. Like him, We started using AAC when he was 4-5 years oldAnd the pictures were shown with writing under them, so that they indicated the words and expressed themselves. He had a notebook, now a tablet with lots of pictures on it.”

READ  Is it possible to make the right decision? Science says yes

But as time goes on, Carola grows, even if she lags behind the expected motor and cognitive goals for her age, and her needs grow with her: so, a tablet is no longer enough, so Benedetta enrolled her and her daughter “in a basic LIS course at the Institute for the Deaf and Dumb, to learn sign language. Lessons didn’t stop even during the pandemic thanks to technology. Carola worked hard and loved it. Also during the epidemic, he took the junior high school exam with great emotion and is now studying at the technical high school.”

However, in addition to high school, Carola also does various other things, as mother Benedetta tells the Observatory for Rare Diseases: “Attending the many activities proposed by the La Casa Delle Luci Foundation, providing them with a way to enhance friendships through enhanced communication, use of LIS, as well as participation with them in sports and recreational initiatives (bowling, body expression). The Foundation’s program also includes “Different Days”, in which young people go to a house in Albano for a few days with the operators, stay with each other and organize themselves to face their days, develop their independence and have fun: I hope that Carola too will soon be able to share this experience.

As Benedetta explained in a recent article in Il Messaggero, the competence of the medical teams that take care of rare patients and the scientific discoveries resulting from research are essential to the quality of life and the future of these patients. In the case of Carroll, The crucial meetings were with the doctors of the Bambino Gesu Pediatric Hospital, above all Dr. Andrea Bartoli, and with Francesco Ciccone, researcher which today, thanks to the Telethon Foundation, is focusing its studies on adenylsuccinate lyase deficiency.

The hope for Carola and for those suffering from the same illness as hers is that a cure will soon be found. But to achieve such an important goal, Benedetta asserts, “We must prevent the emigration of our scientists abroad. Research must be funded. Raising money is not easy,” he says. “We started with charity sales, first among friends, then at birthday parties: Instead of asking for gifts, friends asked for a show of research. We need to make the lives of these children as beautiful as their peers, and we need to give these children a future.”