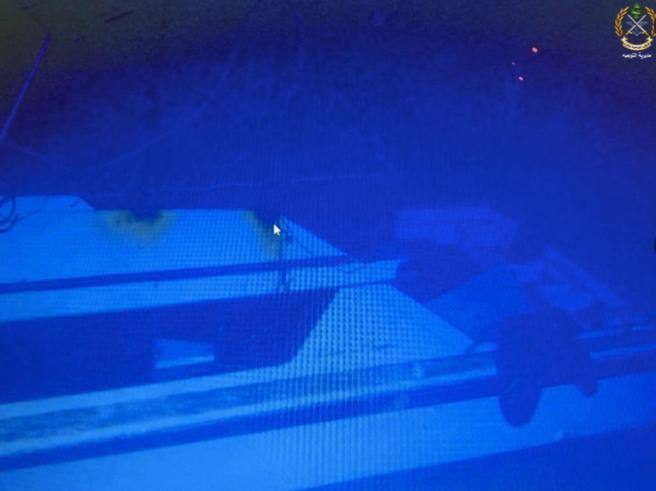 The process of recovering the bodies of a boat that sank on April 24 with more than 85 migrants on board, mostly women and children, has been halted. The remains of about 30 people are still at the bottom of the sea

Many victims of the sea, people trying to escape from hunger, ride unsafe vehicles that sink in deep water. A rescue team identified an attempt to retrieve the bodies of a boat that sank on April 24 in Lebanese waters A mother, or what is left of her, is still carrying her child. “There was a woman at the bottom of the sea, her body deflected halfway out of the porthole, while she was carrying her son,” said a member of the team that took part in the attempt in northern Lebanon. More than 30 bodies drowned four months ago.

On April 24, the boat was carrying more than 85 migrants It sank in circumstances that are not yet clear after contacting a patrol boat belonging to the Lebanese Navy. About forty people, mostly women and children – Syrians, Palestinians and Lebanese who tried to flee the country after the economic collapse – got trapped in the boat. Some survivors accused the Lebanese army of specifically running over the ship, but the Navy denied this.

Lawyers for the victims’ families are calling for an international investigation, given that the Lebanese investigation was effectively closed. It was hoped that the recovery of the boat would provide information to investigators.

Lebanon is suffering from the worst financial crisis in its history in three years. According to the United Nations, more than 80% of the population now lives below the poverty line, and since 2020 Lebanon has seen a massive increase in the number of Lebanese, Syrians and Palestinians residing in the country looking for an escape route to Europe.

Drowning corpses exhumations At the end of April they had started in recent days, with months of delay and only thanks to a private initiative triggered by a fundraising drive that was partly run by the families of the victims, who are originally from Tripoli, but have now been relocated to Australia.

After several attempts, during which the remains of some people were brought to the surface and dismantled under the watchful eyes of rescuers, the Lebanese Navy informed the Australian NGO that it was impossible to continue due to unspecified “security risks”.

Therefore, the mission was not completed and the submarine and its technical crew had already left Lebanon. Consequently, the families of the victims were unable to retrieve the remains of their loved ones for burial. The approximately 30 bodies, including that of the young woman and her son, are due to lie on the sea floor.