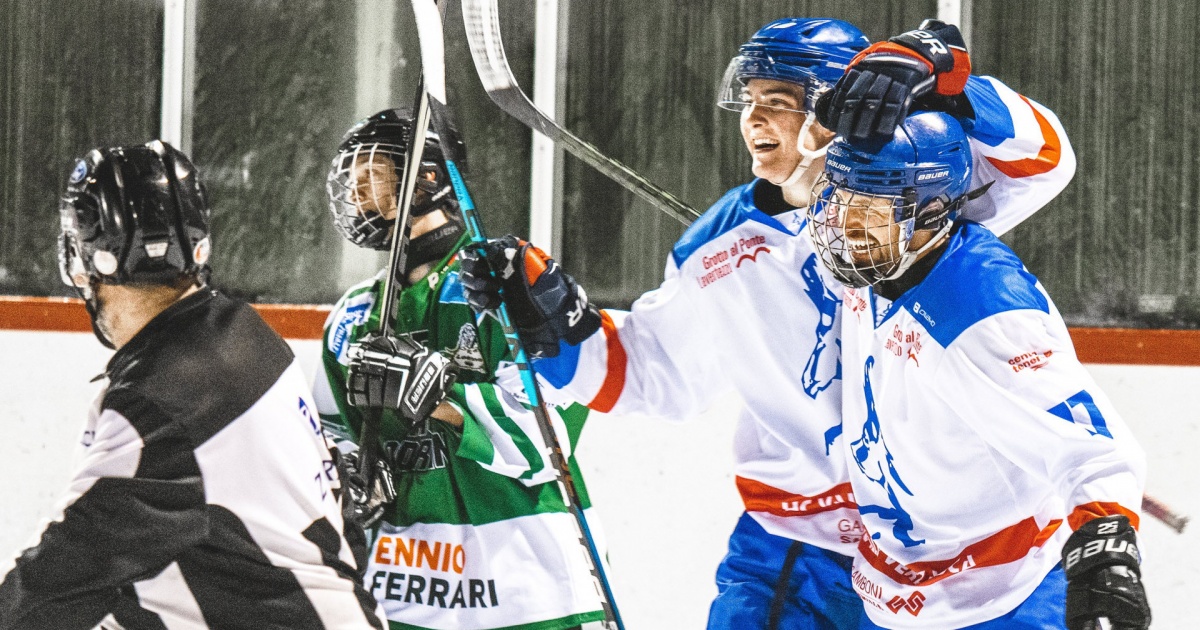 The Ticino Third League has passed the halfway point of the regular season and Valle Verzasca, led by Martino Prat, is among the “hottest” teams. “We are happy, so far we are in the upper parts of the standings together with Plenio, Chiasso and Kramosina – explains the 37-year-old striker, his life with the chamois on his chest – with only three defeats with Betty. Neuer Plenio and with the powerful Kramosina. Currently, I have become Nivo, Lodrino and Vallemaggia are more separated.We aim to finish the regular season as high as possible, then we’ll see who we face in the playoffs.These matches are preparation for the important matches.It’s something new that we can’t wait to try.The formula in the third league has been the same for years,so ​​the Playoffs are a good incentive to always be ready.

What has changed in the last fifteen to twenty years of junior hockey?

“The level has gone up a lot, in Ticino, and also in the second league. Before the promotion we have always been in the higher parts of Terza, even in recent years we have had good teams, but there are always good opponents, in recent years there have also been Pregassona-Ceresio and Ascona and the level is high. In fact, a team like Locarno has been suffering in recent years and has now scored in the fourth league ».

Meanwhile, the partnership with Vallemaggia and Ascona, the so-called Rivers, is bearing fruit: there are many young players entering Verzaschese’s first team.

«Our basin is the basin of the valley, which suffers somewhat like all those in Sopracineri from depopulation, but there are many young men from Tenero and Gordola or beyond who come and get along well with the team. We have a good group, well mixed between youngsters and veterans, we get along very well and that is exactly the spirit of Verzasca, which is focused on the environment. In fact, at the time of the second league there were also those who came to us starting from the Maggia Valley and we still have players who live in Terre di Pedemonte. As a youth sector, we don’t have many Verzaschesi, so we welcome 20-year-olds from Rivers who find a club where they have fun and can play a lot.

Lovald di Sonogno is one of the few remaining exposed slopes in Ticino, but with an incomparable charm …

“Being in Sonogno to play and watch the snow-capped mountains around is a sight that no other slope in Switzerland can offer. I know there was talk of covering the runway at the time of the municipal assembly, but at the moment we are a bit stuck.”

Can we then say that hockey is one of the activities that best represents the valley?

«Especially in the winter months, Verzasca Valley breathes hockey, many restaurants are closed, so the rink is the central meeting place, and the presence of this club is important for everyone, and there is also a simple alternative to playing sports. Ditto, if someone wants to do something in the evening, they don’t have many other activities to do.”

And how did Martino Prat start playing?

«To tell the truth, I started a little reluctantly, in the first Bambino or Piccolo tournaments I was a goalkeeper, and then I went through the whole process. I was fortunate to have a full group all could have made it to junior class without having to cooperate. Then we moved to the first team, and celebrated shortly after being promoted to the second league. We played together for nearly thirty years.

The club that celebrated 40 years in business last year made themselves a great gift.

“We’ve just opened beautiful new jerseys, with sponsors sans colored backgrounds, with a beautiful big suede in the middle and in the original colors from forty years ago when I was a kid, white and blue, ditching the red”.

READ  Field Hockey, It's a Party: Potenza Pesina in the A1 Series