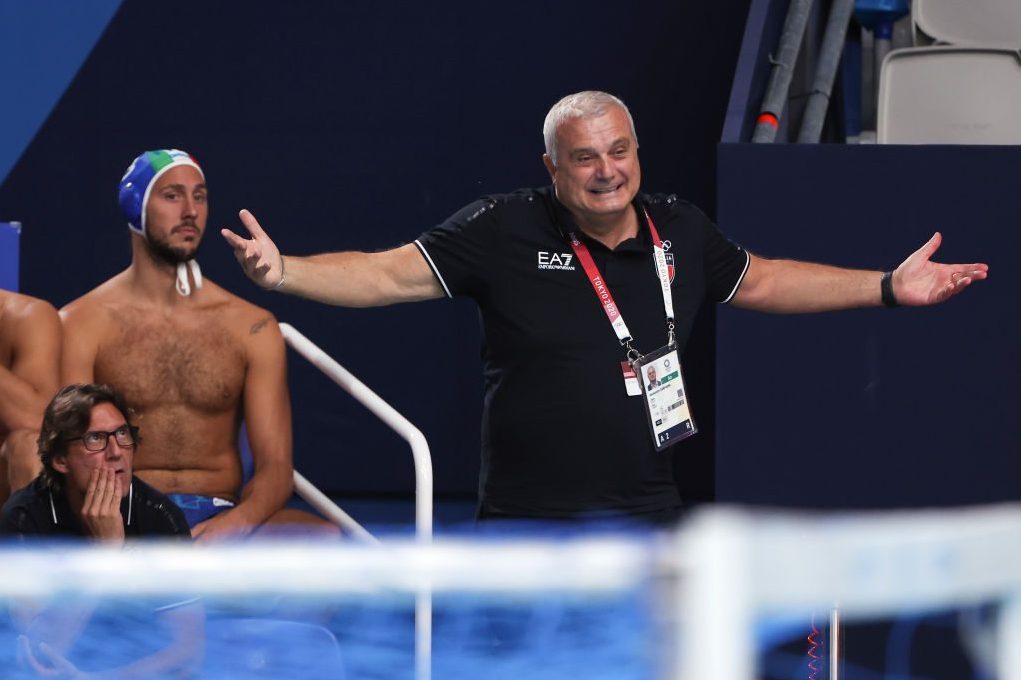 Three players from the North American team have been infected, all asymptomatic and already in isolation. FINA has blocked the tournament’s controversy, but now it must make a decision: schedule the win or insert a new date into the World Cup calendar.

Coach of the Italian water polo team, Campagna. The meeting with Canada was canceled due to the spread of Covid among North Americans.

Italy-Canada canceled due to Covid How about going back a couple of years. How to fall back into that nightmare of infections and being afraid to even breathe. A time when matches were postponed and canceled seemed like a distant memory, the resurgence of the virus is bringing everyone back to reality. Not done yet.

At the World Water Polo Championships in Hungary, three positive cases on the North American team (all asymptomatic and already quarantined as per protocol) prompted the international federation to not allow the tournament to be played.

After a 22-4 win over South Africa in the opener, Settebello could have put the Azzurro on course to qualify for the next stage in the second game of Group C (concluded by Spain), but an unexpected turn of events stopped that. Compulsory retirement change.

What will happen now? Fina has not yet communicated any official decision in this regard, and reserves the right to assess the best strategy in the next few hours: it awaits the results of the checks and further tests that Canadians will be subjected to; A conversation with the representatives of the four national teams of Group C will help chart a course based on a tight schedule that does not leave much room for accommodation in terms of dates and commitments.

Victory is not on the table, the orientation is to postpone the match for a few days, but it will take all the patience and availability of the Azzurri, diplomacy and possible collusion to follow this path. The only possible solution, in light of the sequence of dates, is to “assure” the national team the burden of going into the pool without benefiting from a little rest.

The campaign gives the team guidelines during the break. The Azzurri will play an important match against Spain on June 25 in Group C of the World Cup.

On June 25, Italy is scheduled to play against Spain (at 6 p.m., in Budapest, decisive for the first mortgage in the group). The top finisher will go straight to the quarter-finals, while the second-seeded group will enter the knockout stage (round of 16) two days later (27) to qualify for the quarter-finals scheduled for June 29.