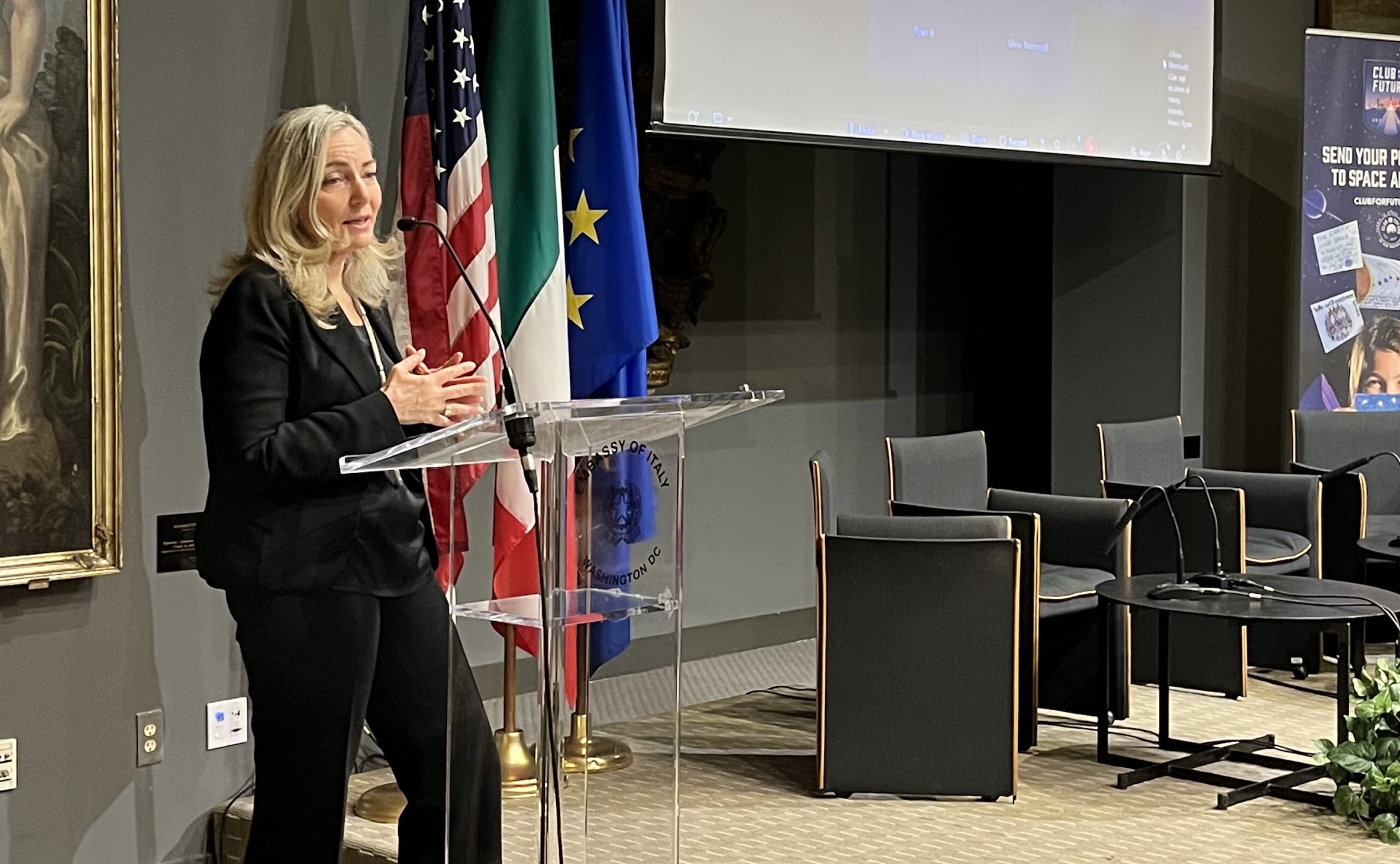 Space is not just a matter for the superpowers, made clear the Italian Embassy in Washington, on the occasion of the National Space Day that opened last year.

In fact, an event dedicated to the project “Send a postcard into space” was held in the capital, co-organized by the Embassy with the “Blue Origin – Club for The Future” with the participation of Italian and American preparatory school students Luca Parmitano, present in the video link.

On the morning of the same day, the Embassy also welcomed several Italian and American companies that participated in meetings aimed at initiating new partnerships in all areas of the space economy.

“Dreaming big is the key to achieving great results,” Ambassador Mariangela Zappia told the youth present for the occasion, who spoke at the opening of the event. Indeed, young people are fundamental, personally engaged in reflections on the exploration of the universe, the future of life in space and its economic and social implications.

Ambassador Zappia then concluded by quoting NASA astronaut Mae Jemison, who is the first black woman to go to space.

On the other hand, Parmitano narrated his career, documenting it in a videotape shown in the room, and answering students’ questions.

Principals and teachers explained to more than 500 Italian (video-connected) and American students their participation in the project, showing selected postcards, written and drawn by the students themselves, which will then be launched into space on the “New Shepard” rocket by the American Blue Origin group It was then returned to the students with the “Flown to Space” stamp on it.

READ  Science and journalism is a matter of method - Corriere.it