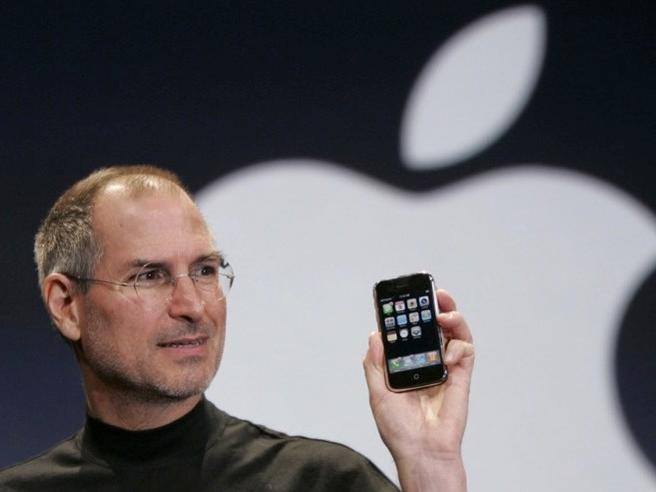 It’s impossible not to feel the adrenaline rushing the crowd at MacWorld in San Francisco in old video January 9, 2007. They know Steve Jobs is about to announce something revolutionary. And he, the Apple expert famous for his great presentations, is ready with something else that will truly make history. One last thing is actually three: with enthusiasm already evident in his eyes he says he is about to introduce three new products. A mobile phone, an iPod, and a device to connect to the Internet. Three icons appear on the screen behind it and start rotating and then merging into one entity.
Here is the iPhone, which is not the first smartphone but it will be the smartphone that will change the phone market as well as our habits. Today, 15 years later, we have no doubts. The iPhone is able to attract an entire crowd, who have no problem staying overnight in front of an Apple Store to make sure they are the first to see the new model. The iPhone has become a social phenomenon, an object to show off to define who we are. On the one hand, a cult, on the other hand, a symbol of consumption. There are those who cannot do without it, those who hate the closed ecosystem that has grown up around it. It splits, but always speaks for itself.
Apple still counts on its sales today 15 years later. A success so blatant that it is almost impossible to beat. And to imagine that when Steve Jobs stood there, on stage in San Francisco, receiving enthusiastic applause with a sly smile, there were those who had not bet a penny on the iPhone.