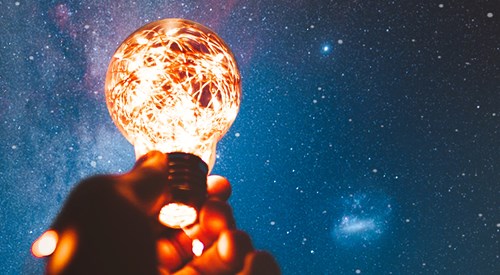 Rome Although the US appears to be the most advanced when it comes to innovative regional ecosystems, the numbers show a different picture from what is expected from Europe, but above all from Italy. On closer inspection, in fact, the German Lander fares better than the US states on average, while parts of the peninsula outperform the Canadian provinces. This is what emerges from the new ‘Transatlantic Subnational Innovation Competitiveness Index’ jointly published by four think tanks that are members of the Global Trade and Innovation Alliance (GTIPA): Institute for Competitiveness (I-Com), US Information Technology and Innovation Foundation (ITIF), German Institute of Economics (IW ) and the Canadian McDonald-Laurier Institute (MLI).
The results of the study, which will be presented and discussed at a roundtable at the European Parliament in Brussels today at 6 p.m., examine the innovation ecosystems of 96 states, provinces and sub-national regions in the US, Germany, Italy and Canada using 13 indicators. Competitiveness in 3 categories: knowledge economy, globalization and innovation capacity. Although three of the top five states in the general ranking are the US, it is clear from the analysis how overall the German states get better results than the US, Italy and Canada. In fact, Massachusetts, California, Baden-Württemberg, Berlin and Washington excel, while Puglia, West Virginia, Sicily, Calabria and Mississippi rank last. The index also highlights differences between individual regions within each country: Germany’s western and southern Länder outpace the northeastern regions, the US coastal regions lead, the north sets the pace in Italy and British Columbia, Ontario and Quebec dominate in Canada.

Calabria is at the bottom of the list of regions

Leading the ranking of Italian regions are Emilia Romagna (17th) and Lombardy (28th). Piedmont (35 °), Lazio (36 °) and Friuli Venezia Giulia (39 °). Molise (86th), Sardinia (88th), Puglia (92 °), Sicily (94 °) and Calabria (95 °). In terms of indicators of the knowledge economy, the United States excels in all areas of higher education, Canada attracts the most skilled migrant workers and Germany employs the most innovative workforce in return, with Italy leading the way with the lowest average scores. Area in worst condition (Sicily).
The peninsula lags behind its peers in each of the four indicators that make up this category. If we take into account the percentage of the population aged 25 to 64 with a degree, the peninsula occupies the last 5 places in the ranking with Basilicata, Calabria, Campania, Puglia and Sicily. While parts of the South only achieved an average of 16%, the North and Center fared better. In particular, Lazio, with its strong diffusion of universities and ability to intercept internal flows of qualified talent, shows a rate above 26%, the first Italian region. In a decidedly negative picture for Italy, the exception is the ratio between employees working in professional, technical and scientific activities (PTS) and total employees. Lazio and Lombardy, which benefit from several universities and centers of national importance, are in fact 4th and 5th respectively in the overall ranking, registering a share of more than 15%.

In the globalization category, which takes into account foreign direct investment relative to GDP and high-tech exports as a percentage of GDP, Germany generally fares much better than other countries, which is not surprising given its place in the single market. The European Union and its high export intensity. However, first place goes to Lombardy, ahead of Bavaria, Ontario, Baden-Württemberg and Hesse. Lombardy holds the absolute first place, ranking 8th in foreign direct investment and 12th in high-tech exports. Piedmont and Emilia-Romagna also performed well, making the top 10, followed by Friuli Venezia Giulia (11th), thanks to a high concentration of high-tech exports. For the peninsula, however, it’s a “tale of two halves”: Southern Italy is among the 10 regions with the lowest scores in category 5, with Molise fourth from the bottom and Calabria lagging behind. In terms of innovation, Germany and Canada have a clear lead in broadband access and the US leads in venture capital and business creation, while Italy has achieved surprisingly good results. It covers America. The highest-scoring region, Emilia-Romagna, is 13th in the category, driven by the 2nd place in the R&D workforce ranking. Emilia-Romagna ranks 20th in patent production and 22nd in carbon efficiency. It should also be noted that Molise is ranked 4th on the business creation indicator and Campania and Marche occupy 3rd and 5th respectively on the decarbonisation front. On the other hand, Umbria, Molise, Marche, Basilicata and Abruzzo are worst about risk capital at the bottom of the ranking. And in terms of patents, the last 5 places see Campania, Calabria, Sardinia, Molise and Sicily.