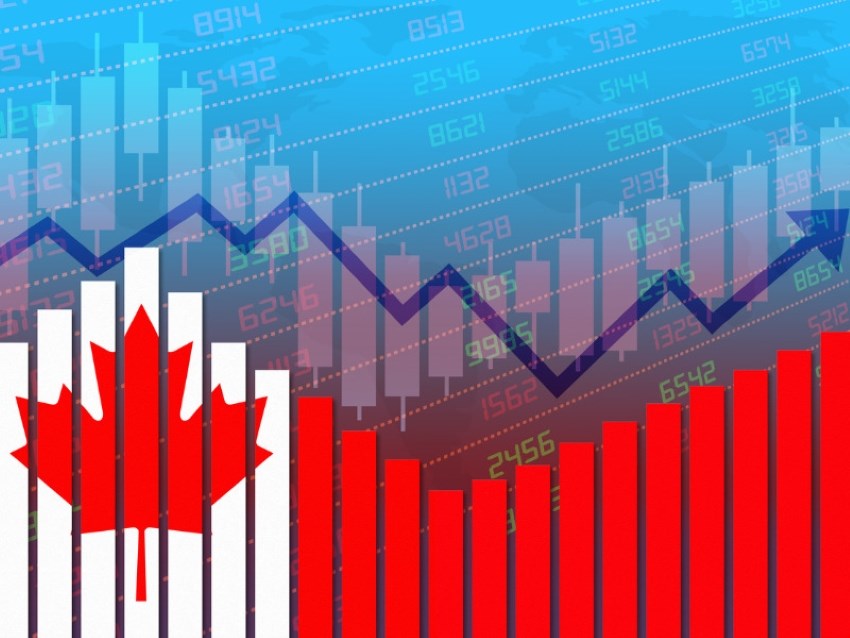 The inflation wave is stronger than ever in the Anglo-Saxon countries and even the Omigron variant has not been able to control it. After a shock of 7.5% in the US and 5.5% in the UK, Canadian data was released this afternoon. In the North American state, the cost of living rose 5.1% year-on-year in January, 0.3 percentage points higher than in December. This has been a record since September 1991 due to rising energy (primarily petrol), expensive bricks and rising food prices. The reading consensus estimate is 4.8%. According to Bloomberg’s estimates, prices are rising by more than 2% in 48 subdivisions of Canada’s CPI basket.

Consumer prices rose 0.9% month-on-month, with market forecasts for a 0.1% decline and a 0.6% rise in December. The Bank of Canada’s average base indicators are seen as an excellent metric for estimating base price pressures, which have risen from 3% to 3.2% yoy, the highest since 1991.

This is the tenth consecutive month that inflation has exceeded the Bank of Canada target of 1% to 3%. The average inflation rate is 1.8% as the Ottawa Central Agency aims to maintain price stability for 30 years. It should be noted that wages in the country increased by 2.4% year-on-year in January, which means that on average Canadian citizens have experienced a decline in their purchasing power. Economists have warned that inflation could rise further in the coming months before it fades into late 2023. Andrew Grantham, economist at Cibc Capital Markets, commented: “As petrol prices continue to rise in the first half of the month, supply chain problems and headline inflation could rise above 5% as a result of the sharp rise in the price of dairy products in early February and the recent protests. .

Today’s reading beyond expectations will start the tight money cycle from March 2, further strengthening the Bank of Canada’s market expectations. But, as in the United States, the number and magnitude of the current low 0.25% interest rate are uncertain on Wellington Street. According to Doug Porter, chief economist at Bmo Capital Markets, there will be four hikes in a row to begin with, but “it may take a lot more to bring inflation under control.” (All rights reserved)