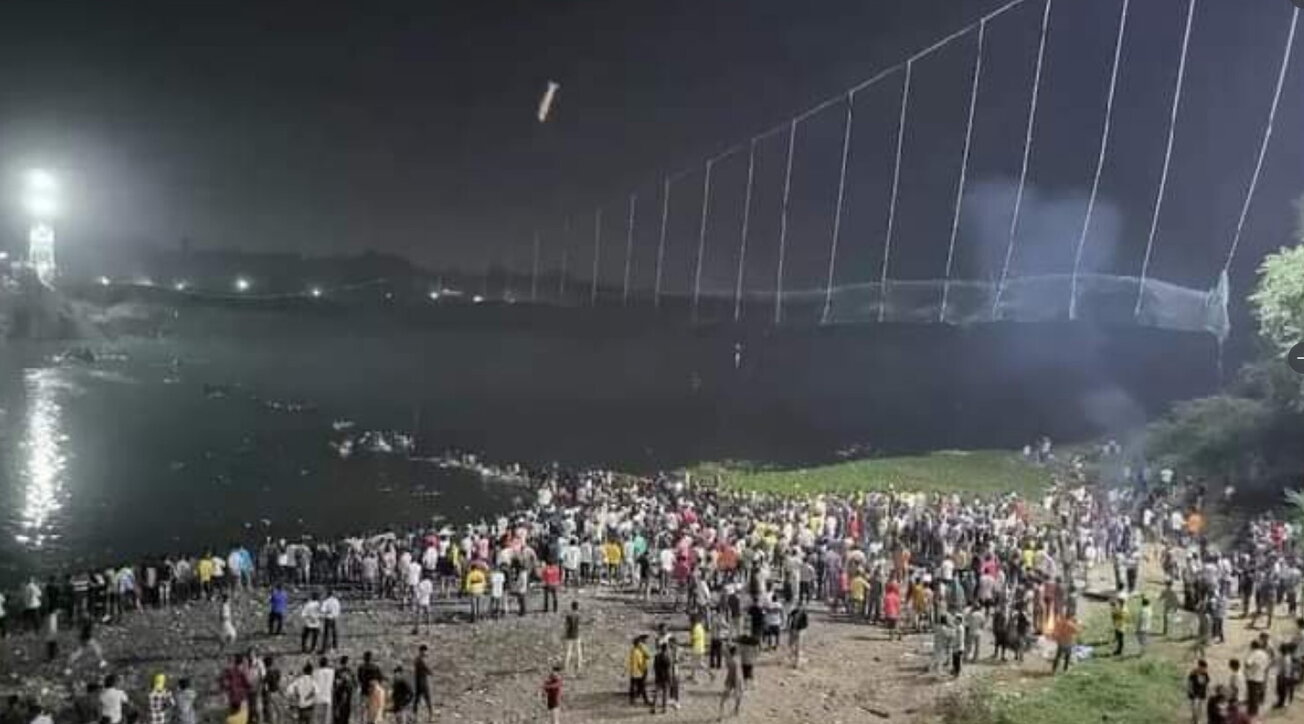 The bridge, more than 230 meters long, was supported by steel cables: it suddenly collapsed, causing dozens of people to fall into the water. It was about 6:30 p.m. local time when a large crowd gathered on the bridge, called Julto Pool, in the northwest. Diwali is celebrated these days in India, and it is one of the most important religious holidays, which symbolizes the victory of good over evil. It appears that there were many children among the people on the bridge at the time of the collapse.

In all likelihood, the extra weight from an old structure caused it to collapse. The government of Gujarat, on its official website, describes the bridge as an “engineering marvel built at the turn of the century”. It is in fact a local tourist attraction, which for this reason has also undergone restoration since the beginning of the year, until Wednesday, when it was reopened to the public.

However, according to Ndtv radio, entry was allowed even though there is no security certificate yet. Pictures posted on social media show dozens of people desperately trying to cling to debris and broken cables to pull themselves out of the water. Local authorities said rescue operations arrived quickly, saving dozens, and will continue to operate through the night.

The Indian Prime Minister announced compensation for the victims and injured in the accident. According to his office, he “requested that the situation be closely and continuously monitored and (that the authorities) provide all possible assistance to those affected.”