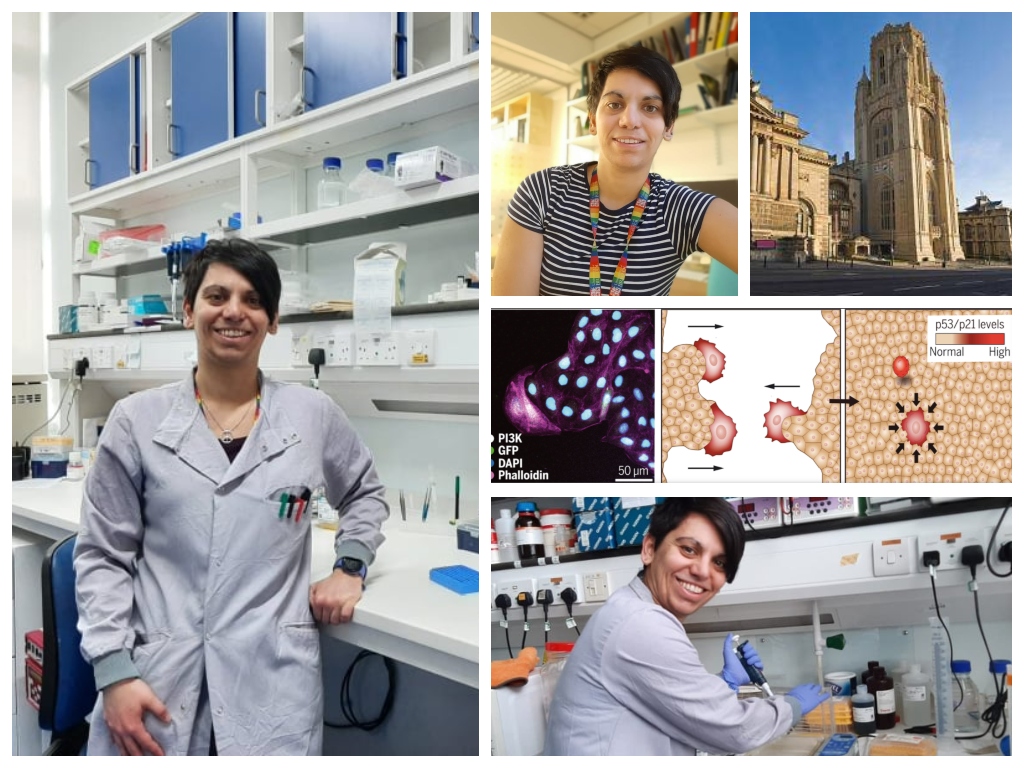 a Researcher from Imperia In the university team to Bristol who discovered the Wound repair protein. This is the 36 years old Silvia Cirillo From 10 years In the United kingdom, Where he works every day in the field biological research.

In the past few days newsletter It is important published article On the magazine to know, may have Major advances for the development of new therapies in regenerative medicine and cancer control, deservedly occupied Pages of all major national newspapers, Because I’m doing well in the English working group Three Italian presence: behind – on the other side To Cirillo, Julia Pelia of Imperia (from Sardinia) H Eugenia Bedene (from Sicily).

ImperiaPost contact a doctor Silvia Cirillo For more details about study And understand what lies behind this great work.

Wound-repairing protein: Silvia Cirillo of Imperia is one of the Bristol researchers

What is the focus of your research?

Our laboratory deals with Cell competition. let’s start from “Drovsilia” (insect) like animal model and several cell lines in which we study competition.

In particular, the study we published, of which Julia Pena and Kasia Kozyrska They are the lead authors, it comes to p53 . protein Also known as the “guardian” of genome Because of this The ability to maintain stability in times of crisis. we’ve got It was found that this protein is active in epithelial cells who have undergone ruin, For example one injury, and converts them into cells ‘Leader’ able to Directing the migration of neighboring cells for wound repair.

We’re delving into this study And if we can prove that these The mechanisms also occur in complex tissues We can use it Control cell migration and aid wound healing Who struggle to heal, like Ulcers or severe burns; Another important area in which there could be developments is the area of tumors, where is she Clusters of cells move together to form metastases. This study could lead to Developing new treatments to prevent metastasis.

So there are many possible future applications It can improve people’s lives.”

What is behind this wonderful work?

“A lot of effort and a lot of sweat. It took us to publish this article More or less than 5 years It all started earlier. About 6 years ago another article was published Where certain roles p 53 and referred to Results Interesting emerged from some experiments. So, for the next five years, we tried to Refine these findings and try to understand them better, Until this article was published.

how is your day going?

“Every day I swear myself between Work “under the hood” (Under sterile conditions) to do experiments With cells trying to keep them alive in different situations, e Analyze the data obtained from the experiments. In my spare time I dedicate myself sports, From football to climbing and cycling to my passion kitchen”.

What is the most exciting part of your job?

“Definitely the moments when we see that The hypotheses that we developed before confirming the experiments. Our business consists of Attempts And she is big satiate When we see that they are successful. At the same time, the other side of the coin is frustration All the times we are not getting the desired results.”

How do you get to the Bristol Lab?

Where did your passion for science come from?

“I’ve always had a passion to know. when i finished middle School For me it was one clear choice To go to scientific, I already knew I wanted to become biologist. High school allowed me to Gain more knowledge from a scientific point of view.

It was always when he was a kid Thunderstruck From science, I watched Piero Angela, super quark. I remember in middle school, when we were introduced to laws From Genetics I stayed electrified of this matter.”

The presence of women in research is becoming more and more important. Is there still a long way to go to close the ‘gender gap’?

“It sure is still there so much that Act, However it is important to get to know this is The gender gap Existing And you do something for Treatment. I work in University It is an environment Lovely From the point of view moral And the comprehensive And the Open in every minority Be it ethnic, gender or LGBT. I consider myself lucky, There is a lot attention for these topics”.

And what about Italy?

“I’m almost now 10 years I’m not in Italy, So I do not know exactly what it is continent. I know there isn’t much money for Search Which is a shame because education And the Italian University Based on High quality”.

What is your relationship with Imperia?

“I will be back when I can to be with me parents It’s mine family, Generally Twice a year. Because pandemic Last Christmas I came back After two years, I have not come back. I was harsh. during the first full closure you succses About a month and a half at work at home to analyze the data. After that, I always went to work, where I can’t do my job in the lab. But it was still a period of isolation because of I just lived between home and workwithout other social interactions.

what is your dream?

“Keep doing what I’m doing, with hope in future To can for publication a purpose In a similar way Importance Like this, but where my contribution Be my master. I hope to be there someday lead author from one study Maybe useful to to improve there life of people. from the public.”