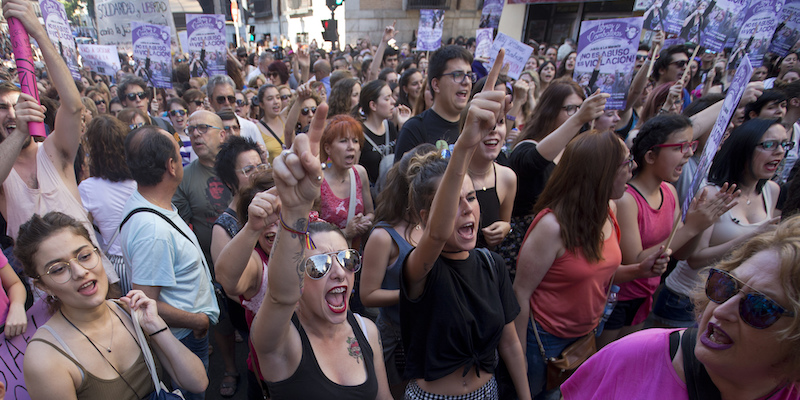 By 205 votes to 141 against and 3 abstentions, today the Spanish Chamber has agreed Finally, a bill that states that any sexual act that a person has not consented to is considered rape.

The bill, known as “ley del solo sí es sí(The law in which only yes), was proposed by a center-left government led by Socialist Prime Minister Pedro Sanchez.

The new law eliminates the distinction between sexual assault and sexual assault (rape), describing rape as any sexual act performed without consent: until now, only relationships in which threat, violence or coercion could be demonstrated were considered rapes. According to the law, neither the silence nor the negative attitude of the abused person can be interpreted as consent.

Only the far-right Vox and the populist, center-right and conservative party, voted against the bill. On the other hand, the nomination of the Popular Unity, the Catalan far-left party, abstained from voting.

The bill was proposed after extensive discussions raised by the issue of Gang rape known as “La Manada”Named after a WhatsApp group set up by five men accused of raping an 18-year-old woman in Pamplona in 2016, it is one of the country’s most controversial cases.

On the evening of July 7, 2016, José Angel Brenda, Alfonso Cabezuelo, Antonio Manuel Guerrero, Jesus Escudero, and Angel Poza offered to escort a woman they met that evening to her car: however, they took her to the entrance hall of a house. They attacked and raped her. The incident was also recorded in several videos: some showed men driving the woman to the place where the rape took place, and one showed actual violence unleashed by the same men who then promised, bragging, to send the videos on WhatsApp to other friends.

During the trial, lawyers for the five defendants stated that the woman had consented to her and that she had allowed one of the men to kiss her. They also claimed that 96 seconds of video footage showing the girl motionless with her eyes closed during the rape was evidence of her consent. The prosecution had to explain that the victim was too afraid to move or react, she herself said. But the court of Pamplona He thought That there was no violence or intimidation, with the ruling met with mass protests across Spain.

The Spanish Supreme Court then overturned the ruling, affirming that it was gang rape, and also acknowledging two aggravating factors: the degrading treatment of the woman and the “pride they expressed” in the five men’s mobile videos about the violence and the fact that the crime of gang rape had been committed. The five were finally sentenced to 15 years in prison, against the nine established by the Pamplona court.

Similar consent laws have recently been introduced by other European countries, such as DenmarkSlovenia, Iceland, Greece and Sweden.

– Read also: The verdict on the rape of the “La Manada” group in Spain