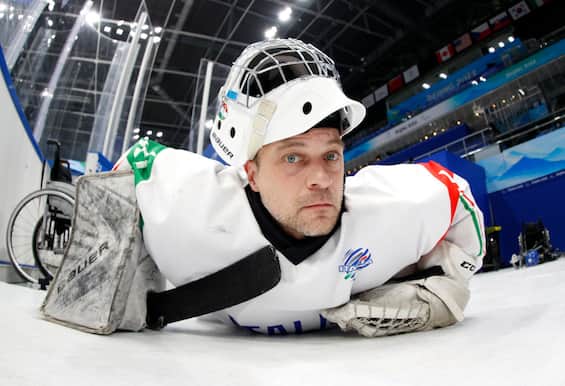 Anticipation is mounting for the match scheduled for Saturday 19 November between Diavoli Rossoneri and FC Torino. A match with a special flavor given that among the guests there will also be the goalkeeper protagonist of 4 Paralympic Games with the Italian national team. And from this year he plays with healthy athletes

Saturday in PalaSesto you will breathe a special atmosphere. On the program is a match between Diavoli Rossoneri and Torino Bulls but above all Gabriele Araudo will defend the cage of the guests with strong athletes. Araudo, 48, from Turin, has competed with the Italy Sledge Hockey team in Vancouver 2010, Sochi 2014, PyeongChang 2018 and Beijing 2022. And who knows if Milano-Cortina 2026 could not be his fifth participation in the Games Paralympic. To fulfill this dream, or just to keep having fun, he decides to join forces (with the approval of the National Libertas Hockey League president, Gabriel Santopietro) with his hometown team, the Turin Bulls.

Everyone told me it was impossible.

Arudu said: “At first everyone told me it was impossible, seeing me go in with a sled a few weeks ago in He presses – Then, thanks to the efforts of President Santopetero and Bulls coach Francesco Bondono, this possibility became a reality. Without reduced targets it would have been just misleading training, while this way I could test myself against faster and more varied shots to improve. I will play sitting, while my teammates will stand and it will be new for opponents as well.”

And they, the opponents, could not wait to meet him on the field. “It is always good to share the feelings of this beautiful sport with the athletes who have participated in the Olympic Games,” said Diavoli Rossoneri coach Marco Manfi. Maurice Brambilla, head of the hockey sector of the Sesto San Giovanni team, follows the same line: “I am glad that the Libertas tournament attracts the attention of players with significant international experience.”