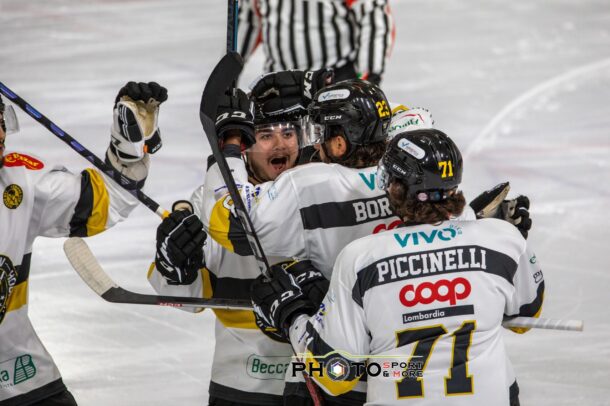 Varese, October 30, 2022- A hoped, hoped and deserved victory. A 5 to 2 against Caldaro who leaves no escape for Lucci, who have in Andergassen A fortress defending his cage: If it wasn’t for him, the passive would probably be wider. The Gialonieri played well, with the right focus and attention, especially in the crucial moments of the match.

Without Raimondi and P. Borghi, . was formedHCMV Varese Hockey I went out to the track anyway with a slate completed by two baits (Garber and Gianni) from the farm team with Aosta and return Piroso, I stopped in the pits last Sunday due to disqualification.

Not even the time to sit in the stands and Varese takes the lead: after 30″ Vanity wins the clash in the offensive phase, which is difficult for M. Borghi who fires an impenetrable shot that slips under the intersection to Andergassen’s right. The Mastiff continues to push and only the exceptional performance by the goalkeeper The opponent prevents them from going into the first half by a score almost more than the double advantage gained.In fact, just before the siren, for the yellow and black double, it was Drolet who delivered an unstoppable conclusion under the cross cross opposite that found by M. Borghi in the middle. , a lot of Varese and a lot of Andergassen who supported the South Tyrol goal. 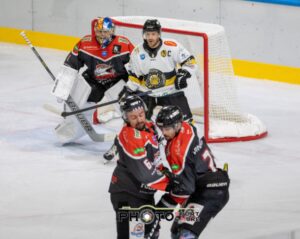 The third mark. Caldaro responds with a knockout and takes down the triple Berosso, after a beautiful act started by Tillaro, followed by Odoni and finished with the net with the yellow and black number 55.

Perla is called into two great tackles, first with the man and then with the gauntlet, but on the other hand, Andergassen is no exception and blocks Odoni’s sure shot. A puck disc lost in the attack area due to a misunderstanding gives way to the Caldaro sign signed by M. Fertala, but the Gialonieri is not present: the first Franchini stamps the post and a few moments later is Telaro who, in supremacy, finds the way into the net from a tight angle.

The third time in control for Varese despite opportunities to extend the lead. South Tyrolean tried to narrow the gap but found Rocco Perla safe, save for scoring the second opponent, where, even with a bit of misfortune, the puck slipped into the net. Nevertheless, the goalkeeper provided concrete and tangible evidence, as did Andergassen, the absolute champion in the ranks of the two opposing sides, avoiding an even worse passive style.

In the third period there is also an achievement in yellow and black thanks to the stubbornness of M. Mazzacane, very skilled at holding a disc on the balustrade and providing tracking assistance to Franchini, whose touch makes the current audience explode, and rushes in good numbers to support yellow and black.

Mastini will be busy on Tuesday away against Appiano, while next Saturday he will be at home against Bergen.