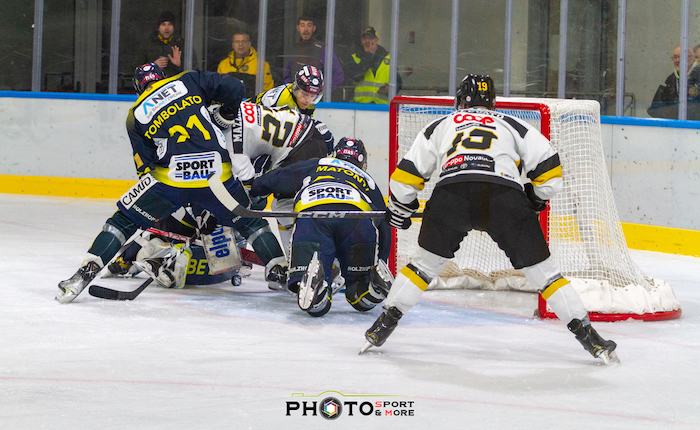 Another yellow-and-black victory for a large measure, against a surprisingly low note for Appiano, in a 9-2 final that leaves no room for the Pirates.. The game was immediately directed in the best way possible, certainly thanks to two naive penalties from the opponents which allowed a ‘two goals’ from Varese towards the end of the first half, allowing the Mastiffs to continue with a margin.

Appiano immediately tried to pressure Varese and Perla made the first of two tacklesI am from the evening, rejecting conclusions from afar. 3 minutes pass and Varese’s first real opportunity coincides with the feature: In the same procedure, Schina finds the net, M. Borghi finds the goalkeeper and Piroso finds the goal. Mastiffs pressed for a double with touchdowns several times, but in the numerical advantage, the Pirates tied it up with a slick middle-distance shot. Varese throws himself forward and reaches the goal with Cordiano (Big credit to Allevato in disk recovery). Before the siren thanks to two gullible penalties from the opponents, Hounds find one-two fatal: first Franchini on 5 for 3 taking advantage of a distraction from Baller, while after 40 inches it was Tellaro who corrected a puck on the net that the South Tyrol defense was not ready to lay off.

In the second half of the first attack sortie, it was Franchini who extended the distance with a gentle razor From a side position he beats Paller. Erlacher in the 28th minute tries to keep his team in the parking lot and succeeds, but still Franchini who, after 9 inches, brought the distance back with a nice personal act, 6 to 2. Morandel missed a penalty, Birla proved cautious in two dangerous situations and Appiano didn’t build anymore. Before the end of the period, Desautels and M. Burgi (in numerical superiority) again. We are 8 to 2.

In the third period Mastiffs slowed down, while Appiano attempted some forward action, well-built as well, but Perla was skilful at every opportunity. It is worth mentioning Tellaro’s injury after the blow that cost Lancs a penalty of the match, and the last goal of Beroso’s that made it 9-2 to Varese.

On Tuesday, Varese will be busy again at home against Bressanone in the second leg of the Coppa Italia quarter-final, 20.30 CET.