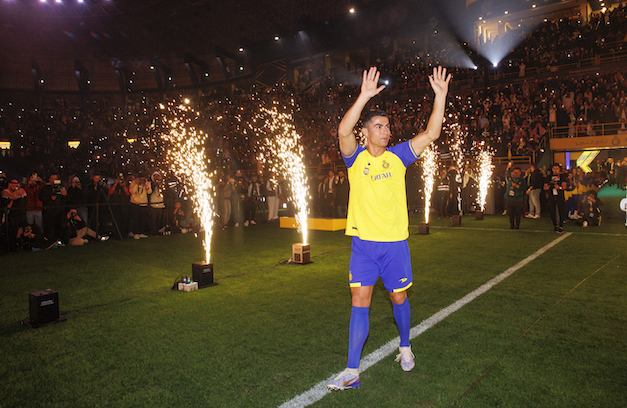 “It is not the league or the Premier League, but it is competitive. You will see how if Cristiano wants to perform, he will have to work 100% and put all his interest in it.”

“It is true that the government is promoting a lot of football, in an expansion process aimed at reaching the whole world, but there was already interest in the matter. This is the strongest league in this region of Asia and has a lot of followers. Football is part of the daily life of Saudis.”

The Youth Stadium holds 15,000 spectators, but the team is not among the largest.

Al-Ittihad, which has the largest number of fans in the Arabian Peninsula, plays at King Abdullah Stadium with 60,000 spectators next to it and fills it. The same thing happened to Victory. They love football.”

Despite an attempt at privatization in 2016, the clubs are still either directly controlled by the government or in the hands of members of the royal family. They also started receiving aid to attract football stars. Al-Nassr, Al-Hilal and Al-Shabad are the ones with the most potential: good teams with eight high-level foreigners. Most teams have homegrown players.

“They are talented footballers, because here they still start in the street, and there are no academies. Therefore, they have room for improvement in the tactical and material aspect ».

We train in the afternoon, because religious teachings are respected.

“Life here is more nocturnal, because there are temperatures of 50 degrees, so the custom is to train in the afternoon.”

“They are very religious and we try, when possible, to balance the hours so they have their own space to be able to pray. There are times when they have to get up to pray at five in the morning, and that can affect the rest of the day.”

Then there are other habits associated with concepts such as controlling food, body fat, or the weight of players. One of the customs ingrained in the country, even among the players, is eating dessert after dinner. Lists are different.

“You have to adapt. On issues like nutrition, which you think will help them get better, you have to try to convince them. But it’s not always easy.”

The psychological aspect was not addressed at all in Arabia.

“I don’t remember any women working in the Sports City, although there may be some women. I saw some in the federation, and our club also established a women’s team that trained in Jeddah.”

They live in a kind of closed society where they live a western life and go through different phases. When they arrive they discover that everything is different, and they hardly have time to think. So that can cause them to stagnate, even in performance. When they understand how it all works, they choose to play or leave.”