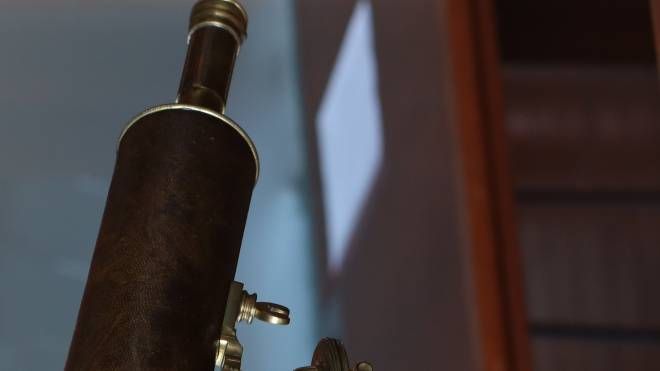 Florence, May 4, 2022 – Florence is a city of art and culture but also a city Science. and all Galileo Museum An object arrived from those who could see it and review it. This is the Gregory Telescope by Philippe-Claude Le Passone of the first machines of its kind made in Paris at the end of the seventeenth century, and shown for the first time.

The genius of Le Bas had created the masterpiece after the constructive references given by Scotsman James Gregory in his 1663 work Optica promota: The Telescope, which was the property of the Milan antiques dealer. Michel Sobert, was purchased (the amount may seem small, less than 5 thousand euros, but the value is much greater) by the Ministry of Culture and entrusted to the Galileo Museum on a free loan from the state owner, the Regional Directorate of Tuscany. The dress of an ophthalmologist Louis XIV of France, King of the Sun, was so highly regarded by the king that he was allowed to reside in the Louvre. Not bad, Philippe Claude.

Now this binoculars reaches Florence for all visitors. Despite… age, he is Perfectly functional object: Both optics and mechanical parts are intact. The telescope is complete with a tripod with a ball joint for correct orientation and is equipped with a special mount with a drilled screw that allows it to be placed firmly on a stable support. This is actually just one of the many reasons to go to the Galileo Museum which also presents the exhibition “Musical Orbits”Thanks to ., four music tracks were shown Luigi Cherubini Institute In Florence: the concerts (May 8, 15, 22 and 29) inspired by the partnership between music and science, with special reference to astronomy.

That’s not all: two instruments from the museum’s acoustic collection will also be on display during May: a rare specimen from the 17th century “speaking trumpet”belonging to the Medici group, and Thomas Edison phonograph. Roberto Ferrari, Executive Director of the Galileo Museum, emphasized that “this telescope enriches a very important group of telescopes of the seventeenth century, among which are the telescopes of Galileo.” Giorgio Strano, curator of the Galileo Museum’s collection, identified it as “one of the first mirror telescopes to be used in Europe”. For Stefano Casciu, Regional Director of Museums in Tuscany, it is “a very important object for the history of science, as well as for ideal conditions of preservation and operation”.