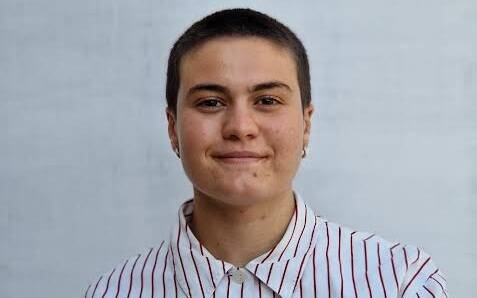 ASD Virtus Ciampino is pleased to announce that it has secured the right to sport performance by Claudia Paterno. After Valentina Tacaliti and Ludovica Luzzi were announced, the yellow and red goalkeepers battery increased to 3 items.

The entry of the new airport team did not begin her sports career in futsal, but in football. In fact, the 2000 class took its first steps in San Pietro e Paolo, a male team from Termoli in which he played for 5 years.

Paterno, after moving to the capital, performed in women’s training at LUISS, always in the 11VS11 system. But last September, he debuted in 3×2 posts.
“After an initial refusal – explains the goalkeeper – I understood the beauty of this sport. So, last year, I trained and played for Nova 7 (Liga di Romana, editor), where thanks to the coach, the club and my teammates, I grew technically and personally.

Now debut in the futsal category.
“Challenges were the basis of all my choices,” says Pipelet, who adds, “This new experience, in such a prestigious team and with such ambitious projects, makes me want to take up the field and give my best.”

The club wishes Claudia much success with the virtuous jacket, and best wishes for a sporting year full of perks and successes.