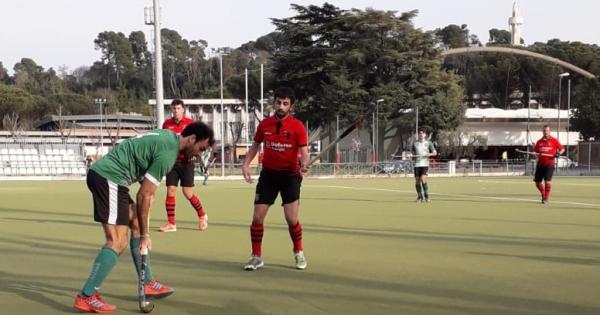 When the A1 Series field hockey resumes Today, Paolo Bonomi scored a positive 5-5 draw at the Butterfly stadium in Rome, a result that keeps the 11 Lomelino in the race for a placement between the top two of the group, and thus for the National Finals that will award the championship. The tournament resumed from the seventh day which also recorded the great success of Teveri Euro over Bologna (4-0). The leaderboard thus extends the standings to 15 points, while Bonomi remains in third place just one space behind the butterfly. However, it should be noted that the green and white team have so far played one game more than the Capitoline and two against the Brazilian champions who rested today and are one point behind in the standings. Beyond the positive result of the day, it is clear that Bonomi will have to try to deliver more in this second part of the season if she is to meet the goal of the finals.

The match in Rome was especially beautiful and very difficult. The Cgr final was excellent and in the last minutes they managed to correct the result by recovering two goals from the hosts. And the belief that the match did not start in the best way for the Greens and the Whites, who found themselves under the score after only 4 minutes. The tie comes in the second quarter of the game thanks to Guzman, but the Butterfly goes ahead and leads 3-1 midway through the game. In the third break, Bonomi shortens the distances by scoring with Misaglia in the short term and Egezabal (4-3), but at the beginning of the last quarter the Romans find the fifth goal. The game at this point looks vulnerable, but as mentioned, Bonomi doesn’t give up and with goals from Spitali and Orsoni a few seconds from the end she managed to equalize. A valid result, even if Bonomi can complain about some big missed opportunities, including the post that was hit last term.

Next Saturday, March 19, Cgr Bonomi will host Cus Padova in Castello d’Agogna, who today beat Sardinia 5-0.