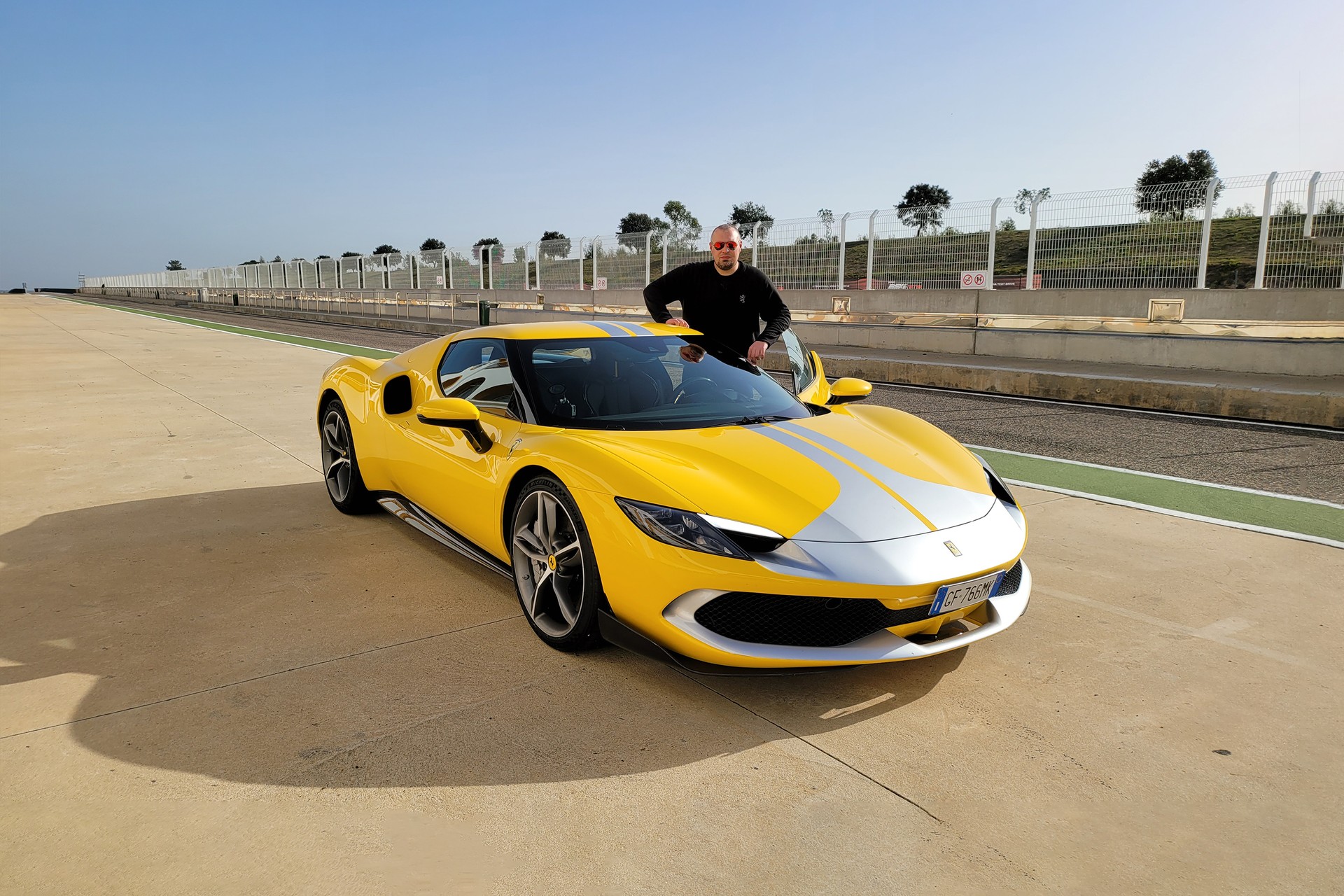 Ferrari 296 GTB He made his debut in 2021 and has been waiting to be able to stretch his legs with his dynamic test. It finally arrived, and it was the track that allowed us to discover how, in the tradition of the brand, this blend of polished mechanics and technology turns into sensations.


The new Ferrari 296 GTB is part of the family tree that sees it as the heir to the F8 Tributo, even if the engine, which is a V6 central, ties directly into a historic model. The famous grandfather is called Dino 206 GT: It was 1968 and the 2-liter V6 at the time was a 180 hp, 65-degree, water-cooled, dry-lubricated V6. Ahead is a series of competition horses starting with the Dino 156 F2, a single-seater with a 1.5 liter V6.

Over the years, the technology evolves, the context changes as well (regulation included) and today the V6 is a roughly 3-liter 663 hp twin-turbo with 120-degree cylinder banks. It is called F163Boasting the turbocharger inside the generous angle of the ‘V’, drawing heavily from Formula 1, this solution, with the slots positioned outside the cylinder banks, is used to reduce turbo lag.

On paper we could call it a “classic” hybrid drive, and we wouldn’t be wrong. But when it comes to Ferrari, there is one constant that must always be kept in mind, manic optimization, the result of experience accumulated in the racing world. For this reason, the Ferrari Hybrid is an unforgettable hybrid sports car with a passion for mechanics: the choice of a 120-degree angle for the V, for example, is the result of the study aimed at obtaining Better balance of weight, strength and position in terms of center of gravity.

In short, Ferrari’s engineers didn’t just create a unit with it Specific power 221 hp / l, but they made sure that it worked perfectly in synergy with the entire vehicle and its chassis. The head and block are made of a new specially developed aluminum alloy and the weight reduction measures are so many that a treaty is needed.

Study of thermodynamics and fluids, study of materials for light alloys, mechanics at extreme levels from watchmakers to control distribution, new IHI turbines, asymmetric and counter-rotating, rotating at 180,000 rpm, timing and order of launch (1 – 6-3). -4-2-5) which balances the rotating blocks on its own, without increasing the weight and at the same time without stressing the bearings. An orchestra of members dressed in party attire, in harmony with the symphony that then emerged from the banks. 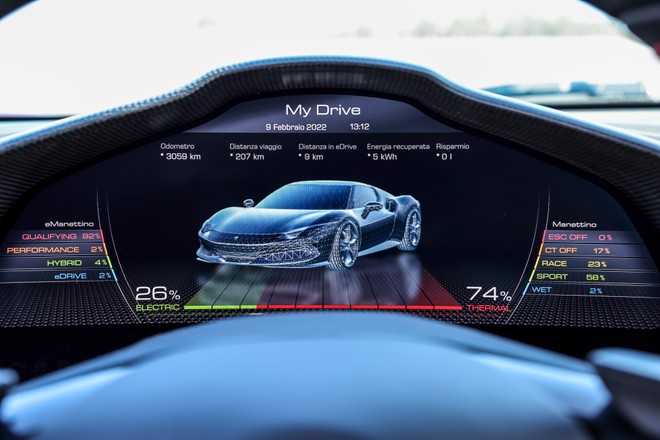 MGU-K Short for “Motor Generator Unit, Kinetc”, it is an electric motor also running as a generator which is inevitably derived from the engine used in the F1 world from 2014 onwards. Here we find ourselves with a rear electric that can operate independently of the heat or in synergy with the V6.

Its work includes the usual tasks that humans are used to doing in plug-in hybrids only: it turns on the heat, provides autonomous traction (eDrive mode) or provides extra torque in hybrid mode and charges the battery by restoring energy in idle.

The shift manager operator takes care of both thermal and electrical work. Why give the name and acronym (TMA) to what is technically enough to define a “simple” clutch? Since it’s a device specifically engineered for maximum performance and driving pleasure, another sign of just how much attention paid to technology permeates the 296 GTB and, in general, all Ferraris. And because it is not easy to drive due to the torque to be managed.

The control software is developed in-house, and there are no “ready to use” packages. The transition should be done in the smoothest and most advanced way possible But the whole group should also be compact. calendar? Three-disc dry clutch, control unit and electronic control units to communicate with the 8-speed DCT program. 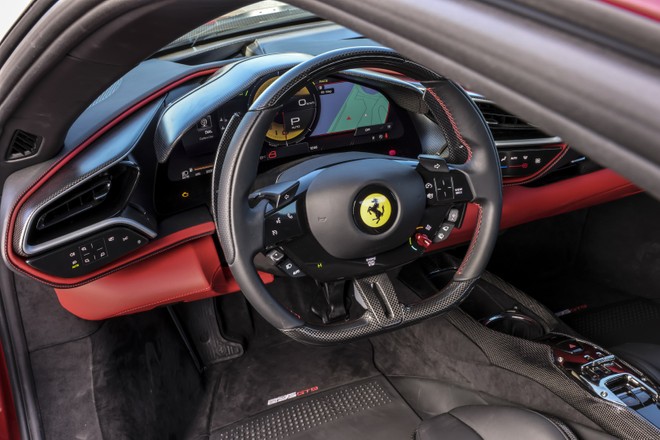 In a hybrid system, similar to an electric car, the other two essential components are the battery and the inverter. to me the battery A package that shouldn’t be too big and heavy but embodies what Ferrari represents in its ideal weight/power ratio: 7.45 kWh, was chosen and placed under the floor and custom cooling.

reflector Then it consists of two units, which made it possible to increase the torque of the MGU-K and reach an efficiency level of 94%. Shipping. Yes, 296 GTB It is a hybrid with additional ingredientsit travels 25 km in electric mode if we want and when we need it: the track is its world (especially if it’s chosen in the Assetto Fiorano), but the 296 GTB is a car that’s also built for the road.

How it goes: Try on the right track and on the road 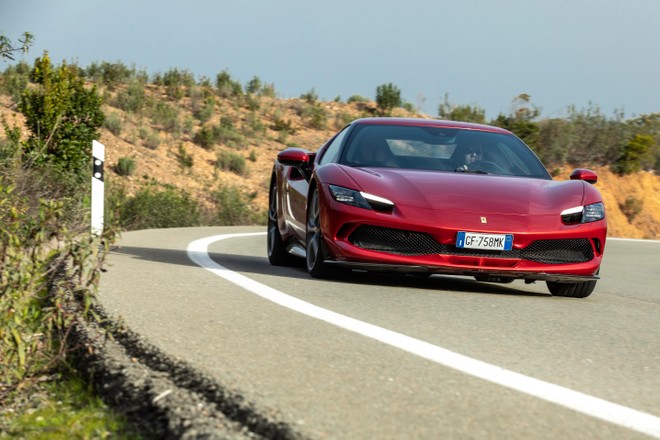 To go quickly and enjoy what you need correct ingredients, like the perfect chassis and sharp gearbox…but Ferrari already had it at home. then serve aerodynamicsand here active and passive solutions coexist, from the front splitter to the creation of a virtual chassis for fixing the vertical rear window, passing through the underside and ending with Active spoiler which lifts only when needed (strong accelerations and decelerations), which increases the load.

Maniacal then is the management of the cooling, not for the ducts hidden in the design of the lights, but for the crazy study that lies behind the engine area: here the high temperatures of the thermal part coexist to not match the engine’s battery-powered electronics. This is why it is so impressive to note how a Perfect performance of all components even under pressureThanks to cooling, internal flows and a vertical thermal discharge chimney.

With a base like this, add “magic” sensor Can only complete the work. It may sound strange, but it is a new sensor in the world of cars with six axes (6w-CDS6 directions, dynamic sensor for the chassis), allows you to better read what is happening in the four corners of the car.

Understanding the general dynamics of the car at all times with increasing accuracy is not only used to obtaining controls that make the car very easy for everyone, but – paradoxically – also serves Improve how electronics don’t interfere In the most lenient way. 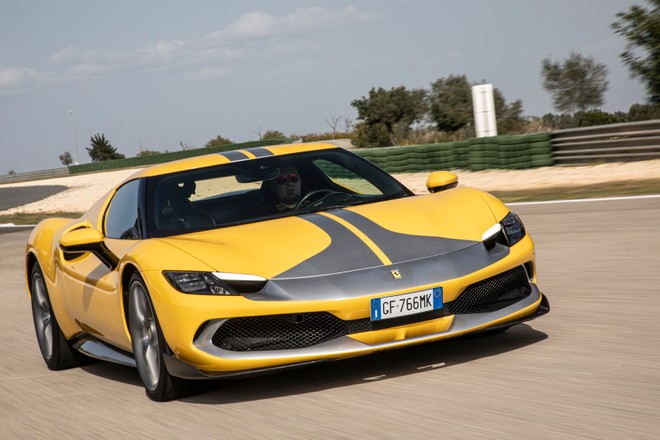 So we end up with the berlinetta with a wheelbase that is shorter compared to the previous wheels (-50mm, 2.6m) which should be a bit more taut, but is instead very easy, while maintaining She looks like a squirrel after half a liter of caffeine. On the track, as on the road, you can attack curves in quick succession with a few movements for very direct and precise steering.

After taking measurements, you can move the lever up Elementand immediately realizing that greater permissiveness of the controls does not affect the property of the 296 GTB, Drive to the limit without worry. It happens on the track as well as on the street, and in both worlds you realize how easy it is to go faster than anyone could have imagined, aware of their capabilities. 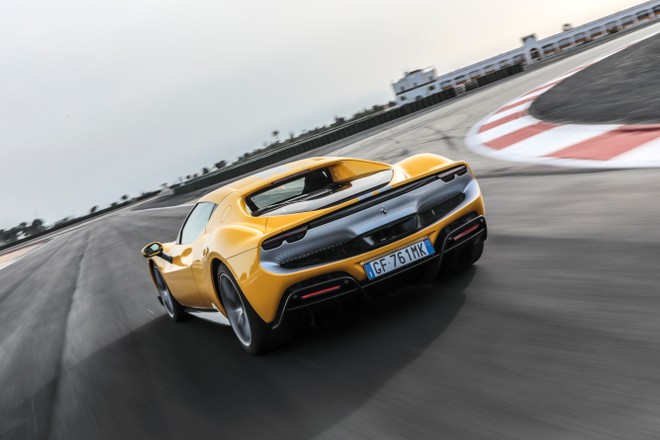 At the berlinetta wheel we find ourselves driving a 1.77 kg/hp car, all dumped from rear-wheel drive, successfully attacking the curves in braking and drifting aggressively without that tension typical of the most demanding super sports cars. . All while maintaining competitive performance since the 296 GTB doesn’t look bad on the track: in the Fiorano it turns in 1:21.00 one second off classification (812 Competizione) and two seconds off top (SF90 Stradale), followed by Spider and LaFerrari, that is. Finally at 1:19.70.

everybody On the new Ferrari hybrid creature Contributes to sportsmanship and fun, even the brakes. Not only does it tear off the face, but the ABS evo always works in tandem with the aforementioned “magic” sensor to read the grip limit of premium original equipment tires with much greater accuracy (Michelin Pilot Sport 4S Ferrari spec, very different from the Pilot Sport 4S we just buy Humans for our cars).

By doing this you almost get to the rope point, plus the brake pedal has a short (but very standard at the same time) stroke and in the big braking sections an active spoiler helps us too. Keeps the car on the right track Even at the end of the straight line Pinching from 280 km/h to 200m line.

Technical specifications of the FERRARI 296 GTB 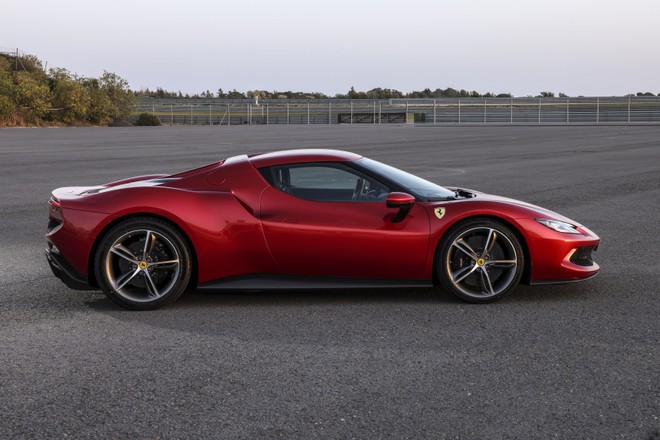 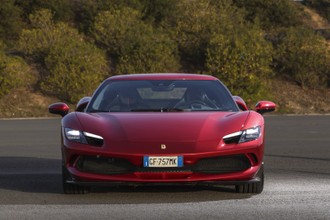 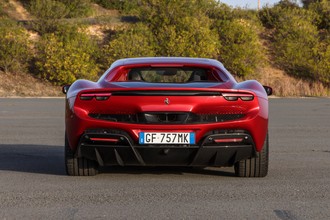 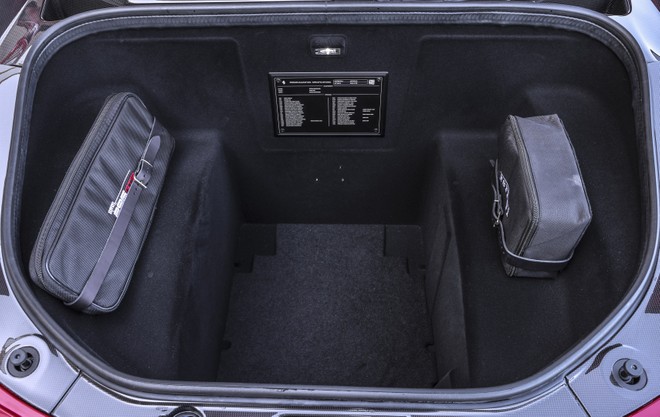 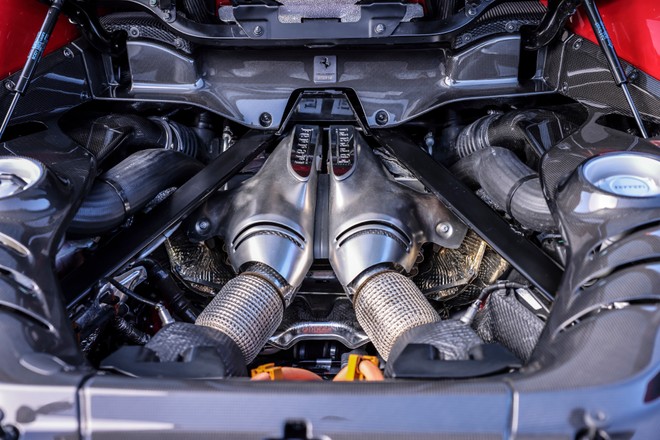 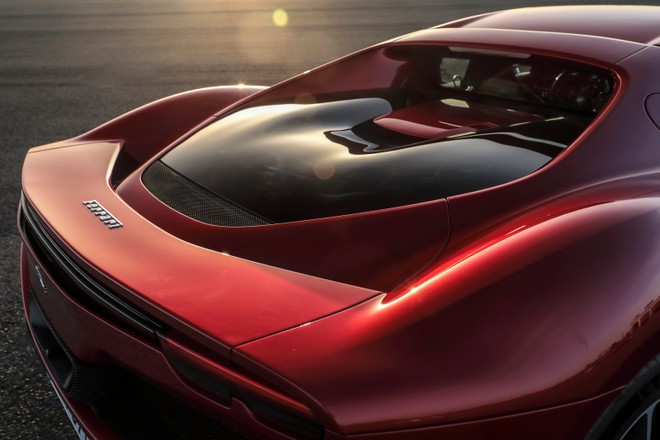