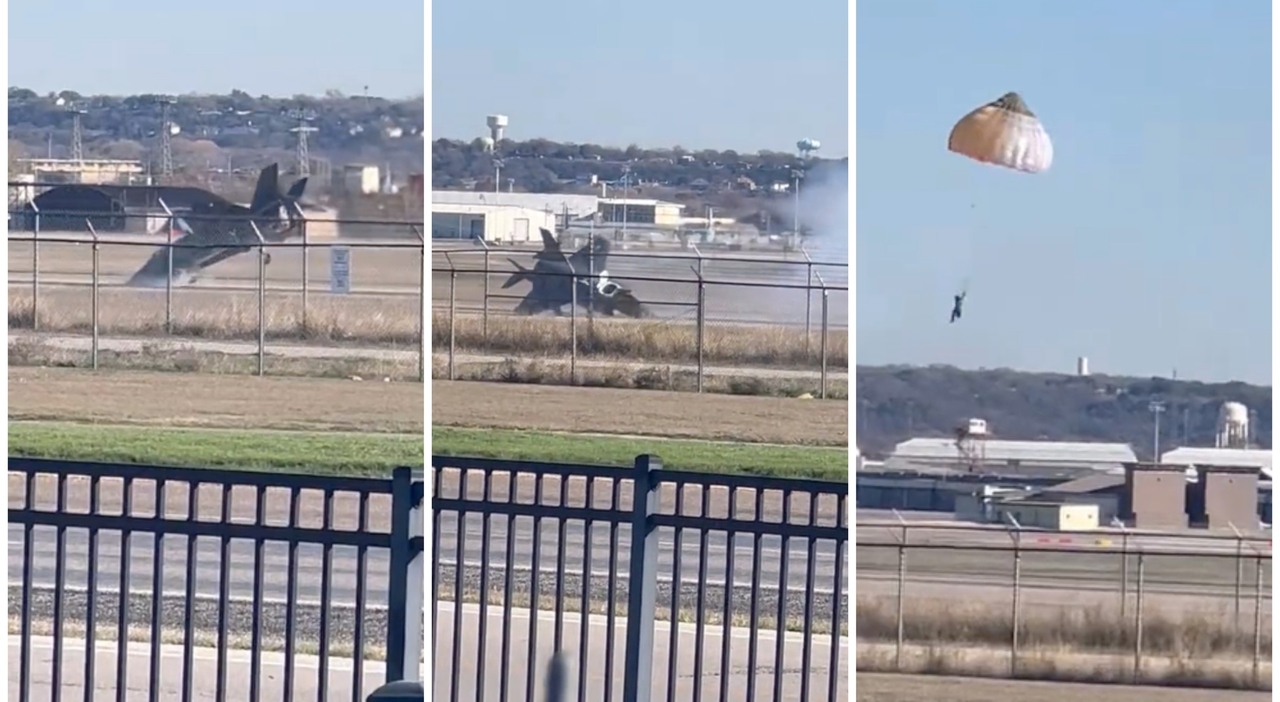 incident to an airport from the war F-35B Lightning II. An amateur video captured the moments of fear during the vertical descent of the American fighter at the military base in Fort Worth, Texas. $100 million plane It landed without apparent problems, and then something went wrong. The aircraft began leaning forward and out of control resulting in a 180-degree spin, to the point where the pilot had to pull a lever which activated the immediate seat ejection command.

Tempest: Agreement between Italy, the United Kingdom and Japan for the latest generation fighter. It will replace Eurofighter PHOTO

Emergency landing, plane with no nose and broken engine. Horror on board: “May God protect us.” what happened

Company: We are investigating the accident

“We continue to work with officers at Fort Worth Air Force Base following the F-35 issue. We are pleased that the driver in question is safe. Safety remains our priority and we support the investigations,” Lockheed Martin, which produces the F-35B, said in a statement. In which this type of aircraft faces problems.A few days ago, the front landing gear of an aircraft collapsed while being towed on a runway in Japan.Last year, an F-35B fell off the deck of an aircraft carrier and sank in the Mediterranean Sea.


The F-35B (STOL) in Fort Worth ran into trouble. I’m not sure but it seems to me that the pilot couldn’t stop the thrust by just turning it over. The expulsion of the Earth was very touching. pic.twitter.com/uBSASXiWWv