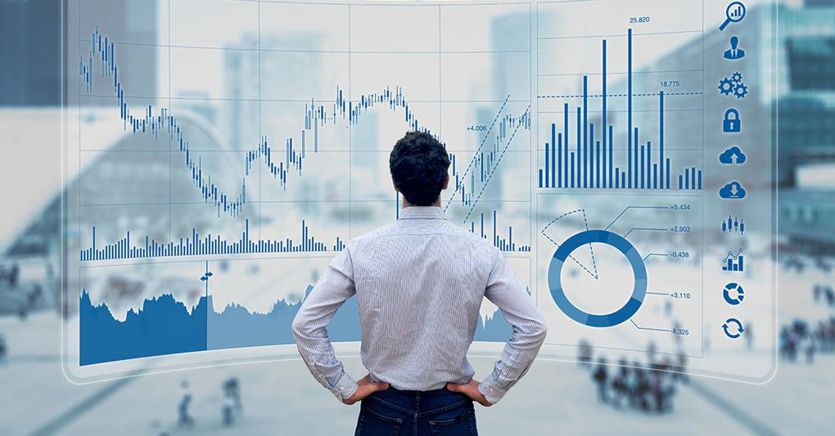 Wall Street Closed the last session slightly lower (-0.1% Dow Jones and Nasdaq, flat S&P500) in a nervous session between Treasury yields soaring, the 10-year yield reached 2.87%, and accounts above Bank of America expectations ($6.6 billion) in earnings , although down 13%) and comments from the St. Louis Fed President on rates.

The dollar works under 1.08 for one euro

The dollar It is at its highest level in five years looking at the dollar index, which measures the performance of a currency in a basket of major currencies. In particular, the dollar reached its highest level in nearly 20 years against the Japanese currency (at 128 yen to the dollar) and the exchange rate between the euro and the dollar fell below 1.08, and thus to its lowest level since May 2020. Exchange Instead, the rate declined Between the dollar and the Russian ruble to the region of 80.

Lack of movement on prices barrel of oil: Brent crude is below $112 a barrel, and West Texas Intermediate crude oil is down to $107. Crude oil comes from four consecutive increases that also benefited from the suspension of the activity of two production sites in Libya (starting with the main site in El Sharara) due to protests against the Prime Minister. natural gas In Europe, 92 euros per megawatt-hour.

The prospects for the Chinese economy do not reassure investors in the country’s major stock markets and in Hong Kong in particular, as they are recovering after the Easter holiday. China’s Q1 GDP growth was better than expected (+4.8%) but the data on retail sales (-3.5%) and unemployment (at 5.8%), all released on Monday, April 18, turned out to be disappointing. The resurgence of Covid-19, particularly in Shanghai, is not helping investor confidence in the stock market. All lists are closed with a minus sign. In Hong Kong, the Hang Seng Index of leading stocks closed at 21,027 points, down 2.28%. The declines were further contained in mainland China: in Shanghai, the composite index closed at 3,194 points, down 0.05%, and in Shenzhen the composite index closed at 2020.28 points, down 0.1%.

READ  ETA Airways, losses estimated at two million euros a day. President and a bonus of 400,000 euros if they sell the company

Tokyo stock market rises, Toyota and Toshiba in the spotlight

The Tokyo Stock Exchange ended the volatile session slightly higher, as, after a positive start, there was a pullback before the final hit. The Japanese market was not affected by the decline recorded by Wall Street in the previous session. The Nikkei index of 225 blue-chip stocks closed up 0.7% at 26,985.09 points, thanks to the pullback of shares in the electronics and auto sectors. Among the titles in the guide ToyotaDespite the announcement of the intention to reduce production in May to 750 thousand cars, cutting 100 thousand units compared to the figures announced at the beginning of the year, due to the shortage of semiconductors. new for Toshiba. In an interview with a Japanese newspaper, a Bain Capital advocate stated that the US company is unwilling to break up Toshiba in case of a purchase. The US company could launch a takeover bid for the Japanese conglomerate.