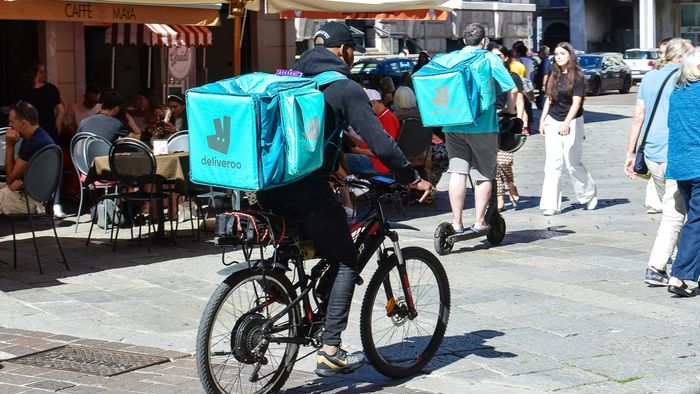 Anyone who has walked in the historic city center, but also along sidewalks in other parts of the city, can’t help but notice the e-bikes humming like a motorbike. The point where the exploits of “electric bikers” are particularly evident is the Napoleon Road, where small-displacement motorcycles often find themselves face to face with these lightning bolts on the street. However, you will be surprised to know that the law stipulates a maximum speed of 25 kilometers per hour with an engine that generates no more than 250 watts of power.

In regards to these e-bikes, which we also checked yesterday around the center, often with the home catering riders, they also tell strange stories. One relates to an intervention in the Camerlata by a carabinieri who saw a two-wheeler come into the “fire” who immediately stopped to ask for a “license and registration document”, only to discover that it was in fact an electric bike. Another has to do with the intervention of the local police in Napoleon just after seeing an e-bike going uphill at full speed without the cyclist pedaling. This should not be possible, since the power of 250 watts must always come into play and only with the help of the pedal, and not by pressing a button or actuation levers because these details would obviously require the installation of a mod not permitted by law.

The local police have already raised more penalties in this regard (almost all riders), even reaching the confiscation of electric cars: a measure that is only possible when a change is detected. However, one wonders how it is possible to see bikes accelerating at such speeds, when the law requires 25 kilometers per hour with a limiter.

The network – as always – is full of answers to these questions. And the tutorials explain nicely, in a few minutes (and in the word “illegal”), how to interfere with the console to increase power. But there is also the possibility, by connecting the console itself to a computer, to encode the card in a different way, making it also manageable from applications that can be downloaded on mobile phones. In short, from mobile phones, it will be possible to manage the speed of the e-bike and the delivery of battery power in such a way that it will obviously have the problem of early discharge.

The console can also be managed using an application

Yesterday we tried to get close to some cyclists on e-bikes, and we asked for information about these devices. But no one was able (or wanted) to show us how it worked, assuming it was installed. While at the riders meeting point, via Plinio, waiting to receive information about deliveries to be made, the boys had no desire to speak.

However, the problem remains with these bikes and also – in a completely opposite picture – with electric scooters that can be changed in the same way. The situation is also known to the police, who daily find themselves having to deal (intervene) with these missiles on two wheels, silent and increasingly heroic of accidents along the city streets. Cars cruising a stone’s throw from people cruising downtown, families and children running around playing and not thinking about having to deal with a bike being launched at full speed.

READ  Here's who will have to change the phone (and SIM)