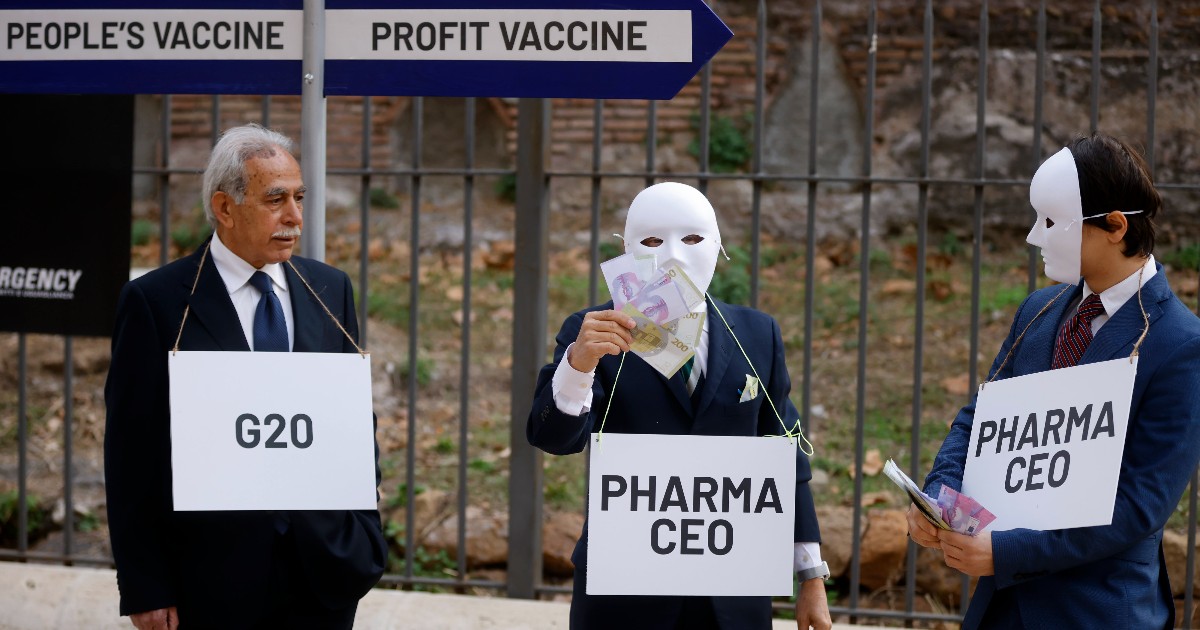 The wealth amassed by the founder of Amazon alone Jeff Bezos In the first 21 months of the pandemic ($81.5 billion) the full cost of vaccination Pfizer, including the augmenter, forPopulation of the whole world. There is a lot of data that Oxfam puts in the line of the report pandemic inequality Published every year on the occasion of the opening of business World Economic Forum Davos, this time in a reduced and virtual form awaiting the edition postponed to June due to the alternative Omicron. But this sums up well the changes that accompanied the health emergency: on the one hand, the increase in fortunes was concentrated in the hands of a few, and on the other hand huge Inequality in access to vaccines – More than 80% of the doses went to G20 countries and less than 1% to low-income countries – with direct effects on infections, deaths and progression of Variables and economic recovery. at everyone’s expense. “Not only has our economic system found itself unwilling to protect people’s rights more vulnerable and marginalized When the epidemic hit, but it benefited those who are already already rich and powerful And those who used this crisis for themselves he won“, NGO Comments. “While the monopolies held by PfizerAnd Biotechnology e modern They created five new billionaires during the pandemic and let their companies do it earn more 1000 dollars per secondLess than 1% of their vaccines have reached people in low-income countries.”

Let’s start with enriching the miser. In 2020, global wealth grew, thanks to the rapid recovery of stock exchanges and a sharp increase in the value of real estate, according to the calculation of Credit Suisse of $418.3 trillion (+7%) and the share held by the 1% that occupies the top of the pyramid is known as the second largest more On an annual basis of the twenty-first century. People with assets over 50 million increased by 24%, surpassing 215 thousand. And between March 2020 and November 2021 number of billionaires dollars in the world From 2095 to 2660. Data is limited to the 10 richest billionaires Forbes Show how their assets have more than doubled (+119%) since the start of the pandemic, exceeding the total value of $1.5 trillion: more than 6 times the net worth balance of the poorest 40%. of adult citizens around the world. Globally, and by combining inequalities within countries with differences in average levels of wealth in countries around the world, Oxfam notes. For the first time since the beginning of the new millennium All indicators of wealth concentration show an increase year on year. Looking at the period 1995-2021 (see chart), the richest 1% benefited by assets 38% dell surplus of wealth while only 2.3% went to the poorest half of the world’s population.

On the other hand, the poorest people declined to a lesser degree. Especially in countries that do not have the resources to launch massive support measures for citizens and businesses, as rich countries have done. Based on World Bank estimates 97 million people they went out Below the poverty line 1.9 dollars per day and $163 million under the most “generous” $5.50 per day. a Unprecedented historical increase. The situation could be exacerbated, depending on how the epidemic develops in low- and middle-income countries, and the potential development of new viral variants, Delay in the vaccination campaign, from the increase in food prices and levels indebtedness Countries affecting their ability to respond to an emergency. According to the World Bank, if nothing changes, poverty levels will not return to pre-crisis levels even in 2030.

Economic inequality has gone hand-in-hand with inequality in access to care: several multi-country studies have identified, according to an Oxfam report, “ Empirical association between income inequality and Covid deathsAnd now the impossibility of poor countries getting vaccines, partner Extensive opposition to the request Exceptions to intellectual property rulesAnd It widens the course of the epidemic to the detriment of everyone because the variables tend to disrespect continental and state borders. “It is a stark example of how inequalities intersect: lack of access to vaccines widens the gap between rich and poor countries global recovery delay, Which in turn widens the economic, gender and racial inequalities caused by the pandemic”, notes the NGO. “Inequality is not death but the result of specific political choices”, is a comment Gabriella BucherDirector of Oxfam International. “Our economies have not only made us less safe in the face of this pandemic, but they have allowed the very wealthy to profit from the crisis. Intervening with grievances and apparent injustice has never been more important.”