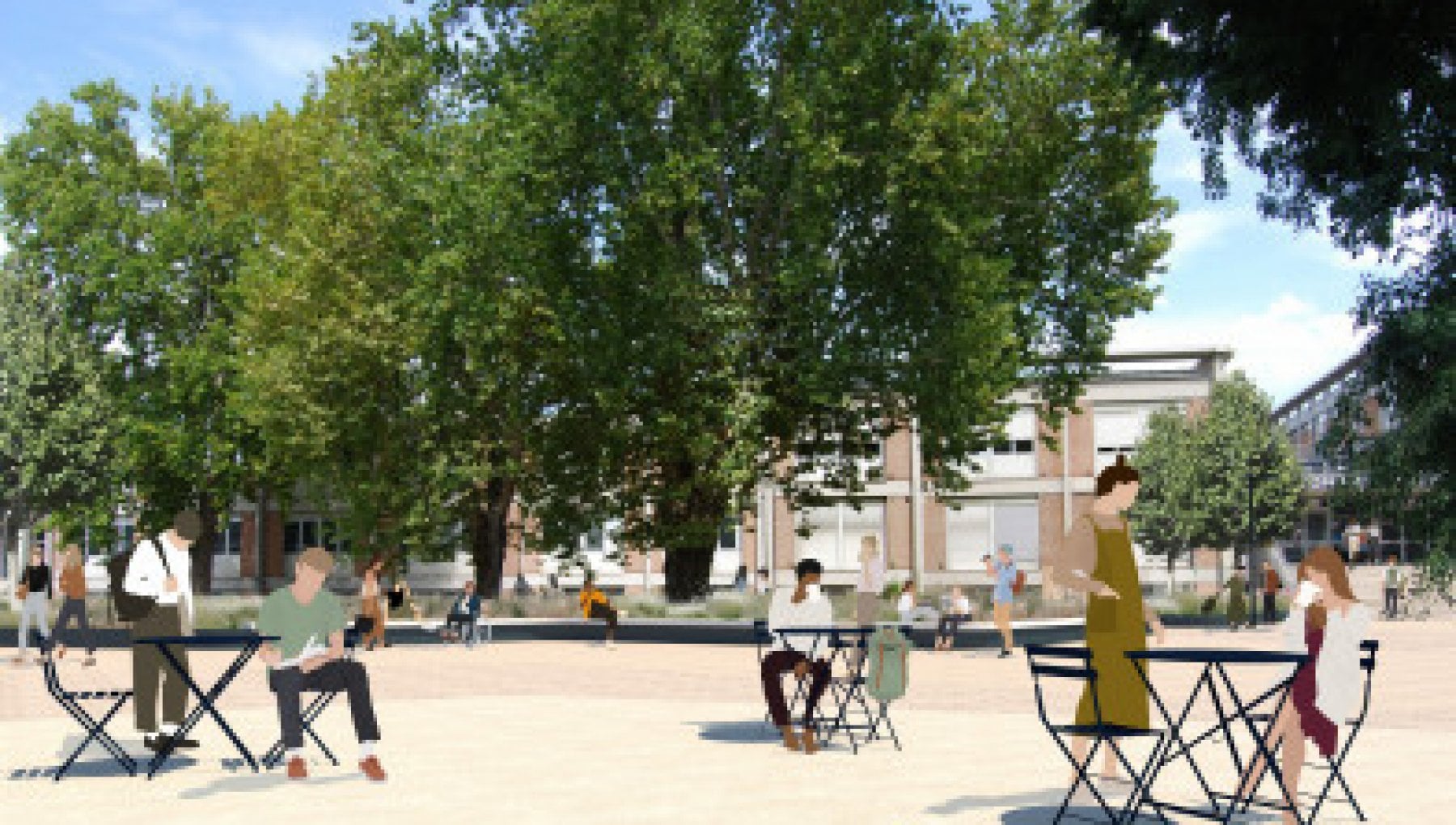 The Province of Parma awarded the design of the urban redevelopment and renewal intervention for the district of Blue Parma, in the school complex of Via Tuscany, to a group of professionals comprising of architects Francesca Giannini, Dominica Fiorini, Giulia Gidini, Maria Chiara Manfredi, Arianna Dana, Tamara Simona Scarbellini.

The architects won a 12-competent design competition, run by the Province of Parma, through the platform of the National Guild of Architects.

The winners of the competition have the task of drafting the final and operational design of the intervention, which will then be contracted and implemented.

“With conviction, we have made our availability to manage this phase of the project, which provides for a significant redevelopment of spaces based on principles of environmental sustainability in the school complex in Via Toscana – stated the prefect of the district Andrea Massari -. The new spaces will allow students to experience school time even outside the buildings, immersed in an area designed to communicate an inclusive, sustainable and accessible idea of ​​public spaces as possible. Sincere thanks to the parties that will cooperate in this innovative project.”

“This project cannot fail to arouse the interest of the Cariparma Foundation, which is always close to everything that is reported as necessary, and which in any way helps in the need for a better life and study for teachers and students,” adds the President of Cariparma, the Foundation. Franco Magnani.

The project proposes a unique and recognizable identity of the area that connects with the existing adjacent urban park system (Falcone, Borsellino, 1° Maggio and Vero Pellegrini).

The new space will feature tall curved benches which will also have the function of containing flower beds, allowing interchangeability between large or small groupings. Ease of use, freedom of movement and security are the keywords for a new yard.

Within the project area, a lighting system has been designed that includes three levels of development, the first level of primary lighting spread on a column that allows you to safely move around the area, the second level of LED stripes are applied after the perimeter of the seats, which create an architectural effect and define paths, and a system A definitive of green enhancements with subtle points within green flowerbeds, and elements that accentuate the landscape without damaging it with invasive systems.

The presence of green spaces is central to the concept of the project as well as the choice of materials The opening towards the park led to the morphology being considered by the tree groups of the plantations in Primo Maggio Park as a guide to the tree system and rose beds for the courtyard project.

Within the courtyard, shaded green spaces with blue lacquered iron parapets (for Blu Parma) are created, into which benches made of white reinforced concrete with grains of Carrara marble are inserted, as in a real garden.
The gist: Timely trees, weeds, and perennials that ensure minimal maintenance and low water consumption.

The jewel combinations bring out subtle colors that harmonize closely with the trees, to reflect the seasons.

On the other hand, the choice of materials chose a sidewalk made of resin-coated gravel, in different colors that reflect the colors of the paths in the park. These resins will be applied to the existing asphalt in order to reduce the waste waste.

The challenge is to create a new urban space that is accessible, innovative and inclusive.